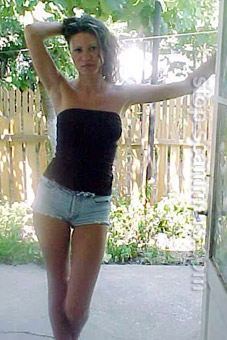 REPORT N1 (added on March, 14, 2006)
Tim (Canada)
The details
Surname- Simon
Name- Diana Maria
City- Bucharest
Country- Romania
Address- 46 Lunca Siretului 6, A46,ap. 11
Phone numbers- 40788730840
40721190293
40746491853
email- d_m_sim77@yahoo.com
Contacted her through mate1.
I have not reported this to mate1 yet- I did not want to tip her off yet.
My story- I meet "Diana" on mate1. Her profile said she was from Sophia, Bulgaria. After a couple of letters she told me she was in Bucharest. She seemed really nice and friendly. She said she was a dentist working in a hospital, was an only child, how her parents had run away to Romania and then picked her up later. She had put herself through school and was now enjoying her life except for she could not find the right guy. After a few letters she told me that she loved me and wanted to visit. After about a month, she said she was buying a phone to talk to me and guess what- she bought it but needed more money for it to work and get internet. I was reluctant to give her the money and said she had to phone me first. After a few days she called and we talked. She seemed quite nice so I sent her some money $200 CDN by Western Union. We began talking, and chatting on the internet for another 2 months and she said she was going to fly here to Canada to meet friends and meet me. Well -just before she booked her flight she found she was $500 short and needed help. I talked her down to $350 by offering alternatives. It was not really making sense that she could afford one thing and then not the other, but for me it was really not a lot of money so I sent some more. She had written so many long beautiful letters and long chat time I figured I had her working on this for about $10 an hour. Had to hand it to her- she said she was a hard worker!
Just after that , the day before Valentines, she sends me a really nice letter with a file attached called "jim.exe". This puts me on my guard so I run it through a virus checker and look- it contains a file called backdoor.beasty- a know virus made to get control of your computer and shut it down. I sent her a letter telling her this and then the day after Valentines day she said she rushed out and got her computer checked out- this is why she could not contact me on Valentines. My spider sense tells me there's another guy around someplace. It also seemed funny she could always find money at times like that and still need to borrow from me.
A few more weeks pass and then it is coming up to the weekend before she is to come here. All of a sudden she has another need to borrow money ($400) so she can buy me something "really special". I write back that "All I need is her to come here". I don't hear from her all weekend (as was the case many times- tells me internet service is very busy in Romania on weekends(?)) so I write her a lovely letter in which I tell her not to worry - If she goes missing I will contact the authorities to find her right away to make sure she is alright! :). On the Monday (the day she was leaving for here) I finally get a reply- she is very upset with me for not answering her request and that she ran around all weekend looking for my surprise- a WEDDING DRESS!
Well anyway she said she was going to call me when she got here. Its been a few days now and I have not hear from her. For the last couple of weeks I have researching these sites and feel that it now it is time to act. I have already contacted the fraud commission in Romania -efrauda.ro- and thought I would post her on this site as well. It's not so much the money with me - she lives in a poor country so whats a little charity- its just that she wasted my time and lied to me. But since she is probably doing this to others, I think it is time to put it to a stop. It just makes it harder to meet someone honest on here when you have to deal with so many bloodsuckers instead. I ask all of you to rise up and reclaim the internet for honest people.
"Revenge is a dish best served cold- or hot" and "Live and Learn" - Jim
PS- I have not contacted Mate1 yet about her so I could set her up first before she ran. A nice present for "my darling" when she gets back from her vacation. Also another idea I read while researching- send the scammers fake Western Union MTCN numbers (they look like this- ***-***-XXXX) and make them run around for a while and keep showing up in Western Union offices. This may drive them crazy after a while.

Emails from Diana Simon to Tim (Canada)
Lately I've been staring at your letter, trying to figure out how to say the right words. The words that will touch your heart as well as your soul. The kind of words you've been saying to me, the kind of words that melted my heart and soul. So, baby I want to tell you those words and I mean with every ounce of me, from the bottom of my heart, now and forever darling, I love you! I sometimes looked at us as a wartime love story. Something right from a movie actually. Like the "English Patient". Two people from different worlds, different cultures, and coming together as man and woman in the middle of wartime Baghdad. They lost comunication because the lack of resourceless. Two people, two different worlds. Yet we still feel the same through distance and time. I looked at us this way and this is why I was so affraid not to loose you just like they lost eachother..... Strange resemblance in my mind.....but then it just hit me: I had to do something. I had to at least try to do something for us never to loose eachother due "war". This morning I went to the bank and completed the form for the loan. I will get it tomorow or the day after tomorow. Dear Tim, sometimes I believe that our love is blessed by God. You have truly become the star of my life which brings me light in this dark world, and warmth when I need it. You offer me the promise of renewal, the joy of living, the peace of mind that comes from sharing and caring, and that shoulder to lean on in bad
Read more