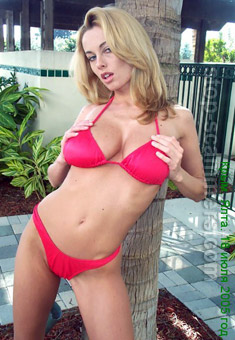 REPORT N1 (added on May, 31, 2006)
Eric P. (France)
This girl lies, saying she lives in another country, then she says that she wants to come to visit me and asks for money finally.

Emails from Irina to Eric P. (France)
Hello Eric!
Several days ago you wrote to me and offered the friendship. I have given up to you, because promised another to the man to meet to Kiev.
I now so regret about it. He has invited me to Kiev for acquaintance and even has sent money for the ticket. He was good the man under letters the Internet, and I hoped it to learn more close - to meet. I waited to Borispol - Kiev the airport as we and have agreed. We each other knew by sight on a photo. In general, it has appeared, that it is waited by two more girls too on correspondence the Internet its old friends. I counted serious misconduct love of the attitude with the man. I promised him there is nobody to not correspond. I have lost all and old and new friends from - for it. And he spends mass experiment, how much its girls will meet at self-summer? I to him have revolen the secret that I meet sometimes the girlfriend for love. He to me has decided to make a surprise. I have explained to him, that in crowd scenes of love with not familiar girls, I to participate I am not going to. I search serious misconduct attitudes with the man. I have left from it, and these two girls have remained it to entertain. He has already sent me a photo on the Internet from Kiev where he with girls walks on the center of Kiev. Here is how I have found the serious misconduct love - the Internet. I describe to you shortly what long to not distract you. Can, you forgive me? We shall be friends of you? I have entered a pr
Read more