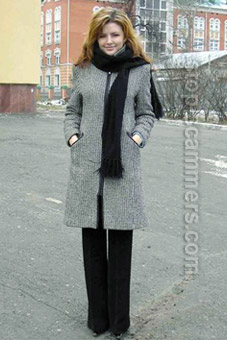 Emails from Sofia Kozhinova to David (Australia)
Mr.David It Elena. I today in morning have received the letter from the mum at Sofiya.

"Hi Elena. I the mum at Sofiya. I am in city Moscow. I have found Sofiya. She is in hospital. She in bad condition. I want to you to inform awful things. Me asked to write the letter Sofiya. She very much experiences. To her there was an awful case. She has informed me. She has received money from Mister David. When she moved from bank to hotel Izmailovo. She has lost the way. Also has approached to ask a road up to hotel the man and girl. The man has decided her to spend up to hotel. They went on foot. The man has got her in a dark court yard. And not from that began to beat by her legs and hands. He is strong her beat. He has broken from her a head of gold costume jewellery. From a finger has removed a gold ring. Also has stolen her bag. And in her there were all documents and money to a return road.
Now Sofiya is in bad condition. The main doctor hospital. Has said to me. That Sofiya the urgent operation on female bodies is necessary.
They are damaged. If not to make urgently operation. She can not more have children. And even can die. The doctor has said.
That operation paid. I do not know that to me to do. The operation costs eight hundred ninety American dollars.
(890) If you can help us with money. I I shall be very grateful to you. I shall return to you money.
But I do not have such money. And I have decided to address to you behind the help.

You can
Read more