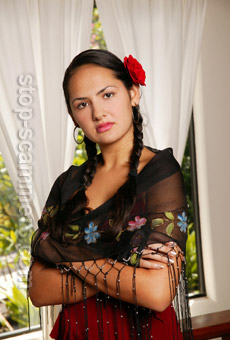 I am barrister Ali Yahaya Attorney to Laura Stone , you contact was given to me by her to update you about the legal processes in respect of her fund. These are the steps that my office has taken so far, the payment is set and she told me that you are the claimer because she wants to invest this fund in your country, before we proceed as a lawyer alkl the changes to your name has to be effected.

At any rate the Certificate of Deposit of the fund has been fax to my office from the Security Company where the fund was kept as her personal effect this will be sent to you as soon as possible and all the necessary things will be perfectly done accordingly.

Emails from Laura Stone to Tom (USA)
thank you tom for the chart and how you make me feel tonigth it been long i felt this way .. i feel in my heart now .. well i will really love to know more about you and see where tht takes us to and i will really love to feel and have you a my man .. i will be looking forward to talk more with you tomorrow .. have nice day and a splendid day at work tommorrow

Let me start by saying that I thank God every night since I found you. You came into my life when everything seemed so dark but you provided the light to find my way. I've never been so certain of anything in my life like I am of us. You have totally changed my outlook in life and I thank you for that. I never thought that someone could love me like you do, but guess what? I feel for you that much too. I feel as if I'm walking over clouds just thinking about you. You make my life complete. I know you've said we could do foolish things while in love, or into dep feeling for someone but you know what? With you I wouldn't mind being a fool for the rest of my life. I feel for you so much and I know you feeel same for me too. I know that others looking into our relationship might think that we're saying too many foolish things too soon but they just don't know how we feel about each other. There's nothing foolish about the things I've told you, I meant every word I said. i relly can't wait to touch and feel you in person and for you and ur paren
Read more

Emails from Laura Stone to James (USA)
helllo how are u doing i really miss u and how are u and ur family i will like u to know that i really fill in love toi u to but i dont want be the 1st toi say that that why i dont tell u and i want u to know that am honest careing lovely girl and i will want u to know that if u tel me the trust i will love u for that rest of my life i love u so much and i wilkl like talkl to on yahoo so wil can have more know each orther thanks kelly.

hello, how are u doin g am verry happy to see ur mail and i will like to tell u that i will like to have u as my love if u dont mind have a nice they kelly.