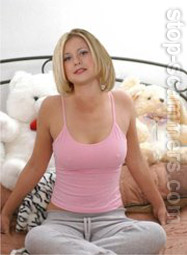 REPORT N1 (added on March, 23, 2007)
John (USA)
Instant message ,needs ugent help to assrtain fathers fotune & must be married to do so.
REPORT N2 (added on June, 19, 2008)
Andrew (United Kingdom)
I have been chatting to this woman on yahoo messenger that calls her self Bianca , After chatting for two days she falls in love with you and she asks for money to travel,I have told her since i have been scammed before i will not send any money.
I am still chatting to her online until she get fed up.
REPORT N3 (added on September, 24, 2010)
Stephen (Canada)
She told me her dads left her a large inheritance by check but couldnt cash it in nigeria she wanted to move here to canada and wanted to be my wife if i would help her out with cab fare from her home in nigeria to the airport.after sending the money via western union she told me she needed more money because the flight was to virginia USA and she needed more money to have the tickets changed to my city,wich i did again via western union,right after she got the money her mother who had ****** cancer sufferd a set back and landed in the hospital and she needed 1500.00 dollors to get her a nanny to watch over her,when i refused she got mad as **** she then sent me an email wanting less this time she only needed 500.00 cad...she sent me photos ,,letters and i talked with her over the phone,she told me she lived in virginia most of her life but went to live with her mother du to her illness but when i talked to her i couldnt make out her english at all,,it was very bad and broken.
REPORT N4 (added on December, 1, 2011)
Joe (USA)
She scam 38 thousand from me i found ron she scam him too 50 thousand. She trying today to get me to open a account with bank of america checking she said she pay me she put 45 thousand in checking account in my name and wants me to wire 40 thousand taccount here in alaksa malaysia and keep 5 thousand she said 3 times she needed me to do that i already shes has ***** up lots of good people why she still out there help sent me what you have on her.
REPORT N5 (added on April, 25, 2012)
Dean (Canada)
Susan contacted me with the story about a year ago.She claimed her mom was dying of ****** cansor.She said she was staying at a mission in kuala lumur malaysia.after not talking much for a few months she contacted me on yahoo.Said her mother died and she has to pay doctor bill for her mom and that she had no money and her dad just died so she had no one.she asked me for money to pay doctor bills.i did a couple times.then she claimed she was arrested by the police for not payingthe embalming for her mom.so i paid the embaming.then sent her money for plain fare.this went on for over 6 months.she claimed she needed lots of money as she wanted to bing her moms body her to be buried.then she said if i would have her dads inheritance that was at adac cargo in kulalumpur.i bank drafted 20 grand to them and then they claimed it was held up by customs and i have to pay another 50 grand to get this 8 million in inheratance which could only be sent to me her future husband.she had a lawyer named Hazeez binton there who called me and said it was all ligit and legal the same what adac cargo told me.this went on for awhile sending money.then she had another lawyer from uk named Edwin Johnson contact me about more inheratance.he sent me his crudentials.this went on up till today when i grabbed a brain and so far in debt i will never get out.she scammed me for over 100 grand. Pretty ****** of mebut once they get you so far in the trap you hope well if i send this maybe it will come true.but it doesnt.she claimed she was hacked and they did all the scamming.i found two profiles on face book susan beverly and beverlyheck93.and likely alot more than that She also sent me copys of two large checks from a place near were i am from as well and there was a bank involved in this scam.and immigration officals from there i could write a book on all of this.hope this help some one not to do what i did.

Emails from Janet Jones to Stephen (Canada)
Hello dear
How'r you doing,hope you fine and in good health condition, loved what i read and thanks for your intrest. Am looking for Honest, patient, understanding, considerate, w/ a good sense of humor, witty, intelligent, conversant, modest, sincere, expressive, assertive, passionate, sensual, **** and very sweet. One who can speak their hearts and minds out, one who respects themselves as much as the respect they give to others, one who do as they say and not otherwise someone who is open, honest loveable who loves to cuddle, who can handle a one on one relationship...no cheating what so ever, kind, who isnt afriad to show their feelings, non violent in any way, physically and emotionally, some one who loves to cuddle, who will be there for me thru thick and thin, someone who is going to love me for me and accept me for me, who is going to spoil me rotten as i will also spoil him rotten i do not believe in going to bed mad, i believe that if both people want this relationship anything can and will work out if you only talk things thru with each other i believe in laying all cards on the table, no holding back...if you have a problem with me, come and tell me NOT your buddies no holding back...if you want something go after it with full force i dont believe in playing any games of any kind looking for some one that will set my soul freewho will love me completely and show me real love and some one that i can trust and believe in i want someone
Read more

Emails from Janet Jones to Dean (Canada)
Goodday,
This is the online service of the Adac Cargo Security and goods delivery service Shd,BHd.
Malaysia, We have examine your request and here we bring you details of Miss Susan, Late Mr Thomas had in our record a box of four Million united states dollars, this is a legal way of keeping money for people who didnt really trust bank because of stock market rise and fall.

Moreover this said amount is with us here, our company has the right to access your personal informations as the husband of Miss Susan, you have to send to us the following:
Copy of your I'd
SSN
Phone number
House address
and if possible a document binding you and miss Susan together, then we can proceed forward to shipping the box to you, in a copy of her dad's will, this box can only be handed over to her husband,you don't need to be afraid of anything this is no money laundering, it's a legal process we follow, once you are ready to assist your wife, send the a mail to us with your personal information has asked above.

Dear Mr,
Thanks so much for your contact details, we secure your information, it's safe with us so you have nothing to worry about, we have receieved all date involve from Miss Susan, we only need need your SSN to check with the Emmbassy for crime free citizen so we have contacted your country Mission in Kuala Lumpur and the news is good.

If i understand you very well, you want the boxes to
Read more