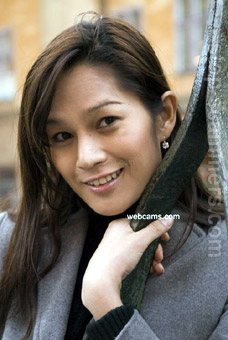 REPORT N1 (added on July, 2, 2007)
K. B. (USA)
This one is tricky,and VERY VERY DANGEROUS!!!!!!!! I have been talking to her for over 6 months tryiong to arrange her to fly here. She first claimed to be living in San Fran Ca. then she all of a sudden flew to Philippines. I have been scammed before so this time I demanded to see her on web cam , it seemed real but now I know it was a video stream she stole from the webcams.com site. She would only ask for 200.00-300.00 at a time so I was not very suspicious. As it got down to the last days she sent me a nasty email then I knew she was delaying again just like all the other three times. She is tricky and uses a web cam so guys be careful of any one using a cam it could be a pre-recorded video just to try to fool you.
REPORT N2 (added on August, 15, 2008)
Chris (USA)
She has about half dozen profile's on FAN_BOX @Yahoo!
She still posing to be a staving Nursing student and she Web Modeling on WEB.
or another. She has hit me up with a story of a personal illness and needs money for meds. Tell me she wants to come to the US and she would do any thing for.
Very crafty, very moody trying to make you feel guilty? I drop her soon after all.
REPORT N3 (added on February, 18, 2010)
Steven (Australia)
We became friends on filipinahearts dating site & as i was new to computers & this site i thought we were getting along great,then things got more serious when she asked if i could help her get her passport & visa! against my better judgement i sent her some money,when she sent me a email with her passport on it i thought she was sincere!!! so our conversations got more intimate,we started planing our future! i organized a flight & paid for it & sent her money to put in the bank to show the australian embassy that she had money which i found out was the wrong thing to do!! i also sent her some travelling money which she said she got robbed at the airport & reported it to the police & had to change the flight to the next day, but needed money to get on the plane with so she didnt look broke when she got off the plane in australia!! so i sent somemore like a idiot, well she never contacted me after that & still hasnt so i gathered i have been scammed!!! unless shes laying in hospital or something else has happened but deep down i know iv been ripped off...only thing i wont to know is she did say was that $2600 has been frozen in the china bank,could that be true??
REPORT N4 (added on March, 15, 2012)
Waymon (USA)
This is a long and shameful story. I got conned by this woman in march 2011 for the tune of about two thousand seven hundred dollars. I was new to asian dating sites and she took me to the cleaners. She used every trick in the book on me pre recorded cams and stolen pics. She said she was being held hostage by witch in *** cam room and it just went on. i actually beleived this person too and sent money for apartment pass port visa and food etc. I did see her on cam though shes a little plain looking pinay. she has very good english skills and she very smart. She contacted me about 2 weeks ago and said she was sory for stealing my money and scamming me wired huh! I I felt really humiliated and down about how i got scammed.this person is dangerous and should be stopped. I no she is scamming people now. she sent me phony pass port photo. and the pics she used are on this site under israelyn alger..
REPORT N5 (added on July, 23, 2012)
Dave (USA)
We met on Filipina Cupid told me she worked as a cam girl which she was very honest and open about, the best part was she did not want me to sign up to do the cam!!! Now that is where she got me. Against my better judgement i sent her some money,she needed some food, so I sent only $25us just to see how things would go. Well next she wants out and needs to leave the place she lived and worked (the cam deal) Now today 7-21-2012 she is waiting for me to send her about 130us to get an apartment for a month so she can get a job and wiat for me to come and be with her.
hostage by witch in *** cam room and it just went on. Has very good english skills and she very smart.
Thank you Stop scammers.
REPORT N6 (added on November, 21, 2013)
Bob (USA)
She is as dangerous as advertised. She uses several scenarios to entrap you then video tapes you to use for blackmail. I believe she has male accomplices who also get into the calling and emailing threats.

Emails from Dolores Nolan to K. B. (USA)
my schedule for my return on July 3, tuesday Manila to San Francisco Philippine Air Lines Flt 112
arriving in San francisco on july 3 at 6:35pm then i will connect
SFO-ATL delta airlines 1478 leave 10:05pm
arrive atlanta 05:37 connecting Atlanta to Jackson with
delta airlines 4917 leave 09:25am arrive jackson 09:49am

you send money and i asked you to sennd a few more so i would haves food till i left what did you do you sent 230 which left me after payment at the hospital 14 dollars which i presume you want me to live on till i leave.
What do you want me to eat grass.
Then the fist thing you mention to me is COCO. What the **** do you think i am. Youn **** keep accusiong me of some body else. I have been very patient with you coz of my feelings for you but you have ruined ewverything because of your constant accusations and doubt. Even repeatedly telling me that what if it is not me that gets of the olain you would not take me home. i have
swallowed every word you have been accusing and tellingme.
Now you figure out the rest.

honey i thought you had all the informatio9ns anyway here it is as my father moved to a cheaper place so this is the address you should send it to: