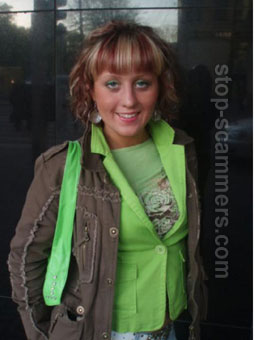 Romance scam letter(s) from Elena Lebedeva to David (UK)
Hi. As it is pleasant to receive again your answer David! I hope that all well at you. Today a good sunny day. At me excellent mood.
You can frequently have access to the Internet? I write to you from the Internet of cafe. I think of that to have for itself houses a computer. But it very much to road pleasure for me and me will need to be saved money to get this pleasure. I have familiar girlfriend which now lives in Germany. She has got acquainted with the man on the Internet and now they live together.
They already have children and are going to buy the house. They very lovely pair.
In these days off I gather to my parents. I should tell him about ours with you acquaintance.
One time I already had disappointment in which man I liked. My mum very much experiences for me and always asks me about my familiar boys.David for me the main thing is love.
If two persons will not like each other, these the attitude will not be long.
I do not want to commit again
a mistake. I very much hope that you understand me. I hope that you are fast can write again to me. I shall wait very much your letter. YOURS Svetlana

David I have received your letter. I am glad that you have written to me. I am very glad! I hope that all well at you and your children. David me your photo which you very was pleasant to me has sent. I have shown it to my parents. My mum very good opinion on you also has told that you very good the man.My
Read more