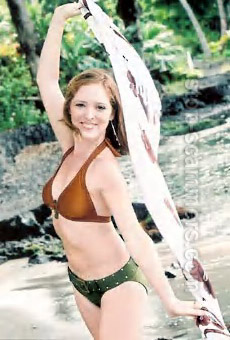 Emails from Diana Johnson to Gilbert (Canada)
Good Morning Mr Gilbert,
How are you and your work and family?I hope God is in control.This morning at 9:10am nigerian time,your fiancee Miss Diana Johnson left for the airport in my car with my personal driver to go and book her flight and travel arrangements.At exactly 10:20am nigerian time,i received a call from one of the medical officials that work at the airport and they told me that Miss diana and my driver and some other people were involved in an auto accident which happened a few kilometres from the airport and 2 people died,other people were injured fatally in the accident.

Also they informed me that Miss Diana and my driver are among those who are injured and they are presently in Iwosan Clinics,an hospital here in Nigeria.I have been to the hospital and saw your fiancee miss diana and my driver,they are in separate wards of the clinic but my driver is in critical condition.Your wife to be miss diana is also not in a stable condition but she has lost so much blood and has some injuries on her right leg and left hand.She is asleep when i went there to see her.

Now the doctors at the hospital said i have to pay $4,800 for the medical bills of miss diana johnson so that they can start treating her,and revive her and make her well soon.Because i want nothing bad to happen to miss diana ,i have deposited $600 for the hospital and i begged them a lot.They have collected the $600 [i borrowed it from my boss at work}from me and they ha
Read more