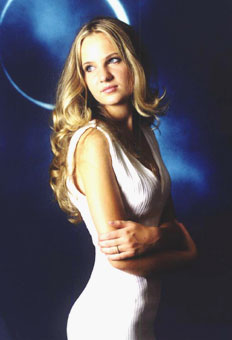 REPORT N1
Arturo (Mexico)
After 6 letters she asked for money, I denied it to herand she took offence the strangest.
REPORT N2
Bill (USA)
She said that I had written to her previously but of course I did not. Its the same person as Arturo A's scammer as she used the same email address. She is using a different name now. Beware this lady!

Emails from Svetlana to Arturo (Mexico)
Obtain the visa… Well, I think that this is a great idea, though rather premature, don?t you think? Darling, I want to see you in person, but you have forgotten one thing: I am going to enter Theatrical Collegesix o?clock - and the agencies don?t work too much either.:-) Well, I think it will never hurt to spend this time learning about each other?
For example, you should know, that I do know some conversational English, as I took some courses of English when I was in Turkey. I also had some practice when I was in USA, I was lucky as first husband of my eldest sister arranged shorttheatrical college in which I won't need any English, so I concentrate on learning of special subjects which I will need to pass exams successfully like Russian literature, singing, dancing and sport. I take extra classes on singing and go to a fitness club, which is not far from my house. All this along with school which begins at 8am and finishes at 2!
pm is very hard to manage.
Odessa, Red Hotel and so on. They are all very beautiful, but the building which I like most of all is Red Hotel because of its baroque style, it is painted red and white, lavishly decorated with plaster modeling and at its entrance two sculptures of half ***** women are holding the balcony.
There is also a lot of nice restaurants, most of which I even have not visited wedding here in Odessa for us and then in USA for his friends and relatives. I will attach a couple of pics of Viorica w
Read more