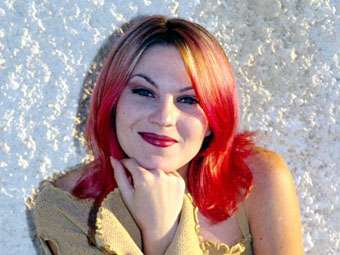 REPORT N1
Tim (USA)
Sent $900 for passport and airline tickets in August 2003. Said her mother got cancer and had to go to Gremany for surgery. Did not hear from her again. Had "Detective-Russia Detective Agency" investigate.
Person does not exisit, but is actually a man named Kocharyan, Karen Gagikovich who scammed me. I have the report from the detective agency, plus two pictures of this Vika person that he used. Found her on a USA site called "People to People."
The report.
Viktoria Kocharyan.
Kaliningrad.
During the investigation our detectives have established that:
There is no a young woman named Viktoria (Vika) Kocharyan (Kocharian)
in Kaliningradskaya region. There is a man, his name is Karen Kocharyan.
Kocharyan Karen Gagikovich, born 05.11.1976, lives at the address:
Mashinostroitelnaya Street, 96, flat 14, Kaliningrad town.
Home phone is 700425. Mobile phone is 763055.
His passport 2702 591710, was given 17.01.2003 by OVD in Moskovskij district of Kaliningrad town
in return for passport II-ML 705459.
The driving licence 39AS635163.
Kocharjan has removed to Kaliningrad in 1989 from Armenia.
His father: Kocharyan Gagiy Kocharovich.
His mother: Kocharjan Antonina Vasilyevna.
Kocharjan has got a car Mitsubishi Galant, grey colour E698NA/39rus.
He bought it 09.09.2000 from Azarenkov Oleg Petrovich (born 25.03.1965, lives on Oktjabrskaja Street, 18, Petrovo Village, Kaliningradskaja region).
His car is Mercedes 13171 van, white coloure, registered number 661UO/39rus.
He parks his car near his house.
Kocharjan has never been judged.
22.07.2000 his driving license was taken from him for a year for driving in a state of alcohol intoxication.
Then 09.02.2001 this term of 1 year was reduced to 6 months.
31.08.2000 he paid a fine for driving without license. He drove that time a car Audi 80, red colour E251ES/39rus, which is registered on the name of a woman
Satkevich Klavdia Nikolajevna, born 07.11.1945. She is registered on Soglasija Street, 15, flat 27, Kaliningrad town.
In Kaliningrad town there is a company "Rolimpeks" Ltd, registered by Kocharjan's name. Kocharjan is the director of it. The mail address is: Universitetskaja Street, 13,
Kaliningrad town, 236040.
The bank data are:
Okato 27401368000
authorized fund (assessed contribution) is 1000000 RUR (Russian rubles).
The founder is a company "OOI Den" located in Novosibirsk town.
There live alone with Kocharjan also his mother and brother Kocharjan Artur Gagikovich at the address:
Mashinostroitelnaja Street, 96, flat 14.
He was born in 1981.
His brother's mobile is +7 911 9380755.
In August 2000 Karen is married Kostigova Lyudmila Stanislavovna in Kaliningrad. His wife was born in 1980.
Resume.
According to the obtained facts we can make a conclusion that perhaps you was scammed (deceived through the money) by this Karen Kocharyan. I mean it looks as if the woman with name Viktoria Kocharyan does not exist in reality.
Of course, our detectives could ask the family of Kocharyans personally about Viktoria.
However we think that scarcelly they will be interested to discuss this matter because of the risk to be discovered (if this Karen is really a swindler). In this case you have to provide us with the exact instructions what our detectives have to tell them.
If you will decide to call them by phone personally right now, then I think, you have to be quite cautious to not make them suspicious. It will make any further investigation impossible.
Created: 2004-04-27    Last updated: 2006-10-17    Views: 1090