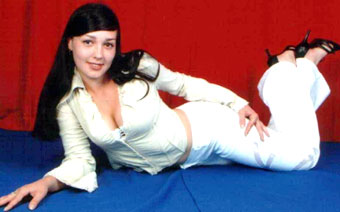 REPORT N1
Ernest (USA)
Dear Sir, I was scammed by a Tatyana Ivanova. I have been reporting her to as many anti-scammer sites as possible. I don't want this woman to do to other men what she did to me. Let me tell you how she scammed me. I had met her on freerussianpersonals back in 2003. We corresponded for about six months before she even asked for money. So, I had truly believed she was in no way a scammer for scammers usualy ask for money in their first letters. How wrong I was to assume this! There are some smooth operators out there who correspond for months to really hook you and then ask for money. Well, on Valentines of this year, she asked me for $380dls for a mobile phone so that we could communicate. She had told me she had no phone at home and no computer. She would use the net cafe to write me letters. So, I told her I could not send her $380 dls but instead would send her $130dls. She agreed and I sent her the money via Western Union. I'm sorry, like an idiot, I deleted the transaction paperwork. So, she received her money for the mobile and she wrote me very happy saying thank you. Then, her next letter explained to me that she was moving to Moscow with her father and that she would write me as soon as she arrived.
As you can imagine, it's been over four months and no letter from her. I had realized she was a scammer when I became suspicious after she told me she was moving to Moscow. Also, during the time I became suspicious, I searched the net for anything related to her and there she was! I found her on UAProfiler reported as a scammer. I was late but maybe through my efforts in reporting her to many anti-scammer sites, I can help other men from having my fate. Moral of the story: You can't be scammed if you don't send money!
I appreciate your continued support in helping men to be scam free.