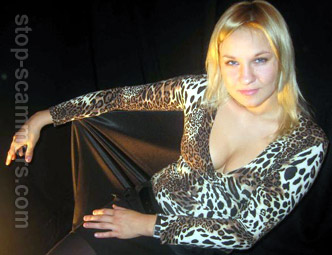 I am very glad, that you have become interested
In me and you possibly would like it, I have told directly.
And thus I will begin history about me directly.
And I will try, that you have not been disappointed by me
Also studied in the greatest possible degree about me.
But I as would like to study you better.
As you know, that I live in Russia, I was born in the city of Izhevsk.
It is very beautiful and big city with the population of 652,5 thousand inhabitants.
Here it is a lot of kind. It is very old city which was based in 1760.
I would be to send you some photos of my city, that you could look, as it looks.
Well I will inform in brief on me directly directly.
It is probable to describe me,
To me it would be easier, if I did not do it for the first time.
In me a little, words and ideas because I worry are mixed.
I did not expect, that All of you equally will answer me,
And when I saw your letter me as though the stream has struck in heart
Here again now I sit in the cafe Internet, and I do not know, that it to you writes.
As I already said, that my age of 27 years
And all these years I lived in the city of Izhevsk.
There I also was born. May, 1st 1980 I was born.
My growth 170, my weight of 53 kg, I the blonde in me dark blue eyes.
From colours I like white roses. Though to me very seldom give flowers,
But however white roses make very big impressions, instead of others.

Emails from Natalia Penkova to Peter (Australia)
Writes you the letter mum Natalya Penkova.
At me very bad news to you.
I will try to write to you all as it would become possible more in detail that for you more clearly.
We with my daughter were going to descend in shop what to buy a T-short and a skirt as at it was not that normal what to go to you in the country in the morning.
When we have started to approach to shop, my daughter has told to me that give we will eat ice-cream,
And here when it has followed ice cream when it has begun passes road, is suddenly unexpected from where that leaves the Jeep, and forces down it.
My daughter rejects from **** on not how many in metre, but this car has not stopped and has left from a scene of crime.
When I have seen it I at once have run to it when I have come running to it it there was all in blood, and it from people has caused First aid.
When there has arrived First aid it at once have carried in hospital, in 15 minutes we have arrived to hospital,
And it at once would carry in chamber what to help it.
Me have not let in chamber though I very much asked them and spoke that it is my daughter.
Approximately in 7 minutes there is a doctor and speaks me very bad news.
He has told that they did all that probably what to rescue my daughter but them it was not possible, she has died.
To me after words of the doctor it became very bad.
I did not know what to do, when there have passed approximately 3 hours I would go in internet cafe what to
Read more