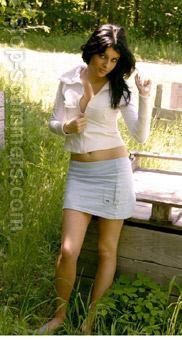 REPORT N1 (added on July, 10, 2008)
Eddy (Belgium)
This is a girl i met on a chat site. We quickly moved to messenger.
She is from Accra, Ghana and named Rashida Adams. She claimed that her parents died and that she had a canadian mother and a south-african father. She run away from her uncle in south-africa and went to ghana to a friend of her. The friends name was Barbara Boamah. Rashida called me sometimes on my mobile phone and told me she used the internetcafE to communicate. Barbara''s mother had a hostil where she stayed. After a few days i got a mail from ghana police claiming that the hostile was robbed and that Rashida was taken to the hospital. The police told me i had to contact her dochtor. Strange enough the dochter himself called me on my mobile. The story goes on and on, they needed money for her hospital treatment etc. Rashida was very professional, she had always the right answer for everything.
REPORT N2 (added on August, 5, 2011)
Robert (Australia)
I think it was myself who initiated contact through Flirt. Early attraction despite being much older, early invite to chat offsite. Monies requested for Visa, passport, police report, flight, emigration surety, family demand -dowry/lobollo- request for $AUD2000 - $10,000 just for release of 50Kg GOLD. Apparent Accra Immigration official urgin transmission of $AUD - repeatedly phong direct. Over $AUD10,000 sent via western union, always receiver name= Nancy Essel. Total about 7 transfers. Story status: Still getting pleas for money today via phone... potential opportunity to snare..?

Emails from Rashida Adams to Eddy (Belgium)
We hereby inform you about the accident of (RASHIDA ADAMS) which occurred on the 1st on June 2008 at 1:15pm this afternoon at (Chantan Hostel) Information reaching us indicated that, the hotel was attacked and robed by a group of gangs.8 Ghanaians, 3 Canadian and 1 South African has been wounded.

RASHIDA ADAMS a citizen of South Africa has been admitted at a private Clinic at the moment. The Clinic needs a responds from her relative before they can attend to her as soon as possible. In a search of information of relative we found these 2 contacts barring the names of. Barbara Boamah his best friend Ghana and her Uncle Mr. Daniel bam South Africa. None has responded to our mails and our calls. She asked us to contact you as her future Husband at Belgium.
The Police forces are doing all means to bring the robbers to book.

Sir, I have been informed my Friend Rashida has been attacked and now at the Clinic. I have mailed to her and have been trying to call her but there is no any response. Have you heard any good new from her now? I’m moment at Togo with my friend for some few holidays but I will try and to back to Ghana tomorrow as soon as possible. Eddy try and tell me her state of condition now. Waiting.