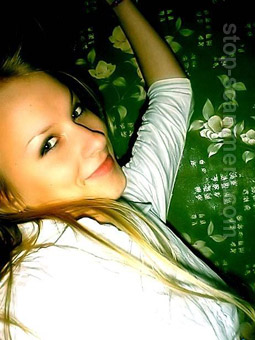 REPORT N1 (added on August, 2, 2008)
Yusaf (Hungary)
Hello!
This person is getting members of Friendfinder to send her money via Western Union to buy 'plane tickets' for her to visit them. I sent this person money this week and then they wrote back saying that they got the price wrong (it was now double as before and she needs the money). I offered to use free miles for a flight but they refuse to accept the offer.
They also refused to send me the flight itinerary - despite several requests.
Their phone number doesn't work - I called them using cellphone, fixed line and VoIP and it is not connected.
Immediately after sending me a second request for money, they sent me a bizarre e-mail (below) especially since we haven't even met yet:

Emails from Jules Benjamin to Yusaf (Hungary)
Hi,
I just checked the flight and i found a flight going to budapeast on aug.1 at the rate of $490...roundtrip, i dont really have much money on me at the moment cos i,ve really spent alot of late, but if we can put heads together i think something good can come out, hope to see you online tomorow...see ya

Hey,
The network was really bad yesterday, i hope we meet online later in the day, i booked the flight already and i,m planning to pay half of the flight today, cos that's the only i could afford at the moment, i tried to add you to my IM but it's not working...hope to meet you online.bye

Hey yus,
The connection was really fustrating yester night, i woke up not long ago, i,m having a little headace, but i,ll be fine, here is my name and address...JULIAN BENJAMIN.S. address: FULHAM ROAD, N9 SW. LONDON.
I think the easiest way for me to cash the money is through western union, cos they have an office down my street, it will save me any stress.. i,ll be looking forward to chat with you tonight...
HUGS..