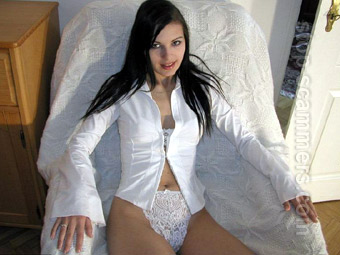 REPORT N1 (added on August, 6, 2008)
Jake (UK)
I met this lady on Pink Cupid, she is very sweet, very clam and very patient. I have been chatting with her for a year now and she only ever wants to come to england or for me to go there, which is why i was sold, but then she needed money for the visa the plane ticket and the travel funds. She did'nt show at the airport on the day and she told me she was detained by immigration because of a visa problem. The airlines confirmed that she never even purchased the ticket, which is really bad because you can reserve a seat on a plane and it looks like it its booked when u check online. I speak to her on her mobile but if i call it from a land line a man answers and give's an excuse like hes fixing the phone. I have lost ?1500 in this scam and feel as ****** as everyone else here. They use Blue light bulbs so you can't see them properly on the web cam and always have an excuse. But just be warned, they are all Mugabees in Africa.
Created: 2008-08-06    Last updated: 2008-10-07    Views: 1214