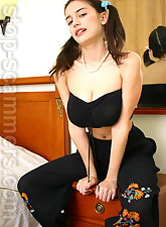 Emails from Melanie Walsh to Frank (Germany)
I've been having a problem with my Dad who i live with but right now due to our differences, i have left the Uk after the death of my Mom in United Kingdom . MY Dad works with Oil Contractors in UK and Africa include some parts of the Asian and American. I work with my father as his personal auditor and we move around for his contracts whereever he is awarded. My first boy friend, Victor Glashow, absconded with my dad's money which was kept with me after a completion of a contract in EAST london , UK . When my boy friend got absconded with the undisclosed sum of USdollars, this brought the first brokeup between me and my dad, cos he thought, we have the deal together, but not knowing that I'm an innocent about this. So my dad has been harsh and tough against me about this.Then when I perceived all his behaviors towards me and the bad acts of his newly gotten wife, i decided to leave United State to meet a friend in Lagos in west africa whom have meet during our stay there for a contract with N.N.P.C. I left because my dad have been treating me bad and stopped me from working with him even having any acces to his assets, and i felt no where to go than to leave the states. Now, I'm in need of your help, have gotten the enuogh money to run myself and am not asking you for money because i believed that what really matters is true love , i want to come over to your end and stay with you for main time, I don't want to live here anymore, you know I'm a
Read more