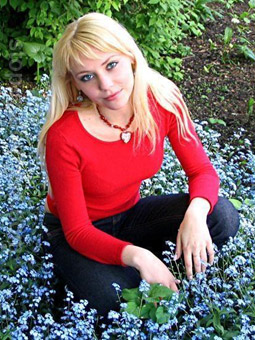 REPORT N1 (added on August, 8, 2008)
Marco (Italy)
New scammer. SHE IS VERY SIMILAR TO Olesya Volkova, but with a better makeup and color photo.

Emails from Olga to Marco (Italy)
Hello my friend!!!

I thank for your prompt reply! I really hope that our correspondence will give us a basis for our friendship. And it seems for me very good sign!

Today I have received 2 letters... One has been written by my grandfather and the second you. He has told that people in Italy very sympathetic and kind. I trust him as I see that you be such person! :-) Likely I will write to him about you in the letter... I know Djanni Rodari (I do not know as to write correctly :-(), and have read many his fairy tales! By the way it is my first trip to Italy. And I very much wish to see your country more likely!!! It is a pity but I do not know the Italian language :-( And my favorite film is Titanic :-)

My family not so big. I have mum Lena. In 2 years after my birth at me the father has died, and my mum brought up me one in a current of 4 years. Then she has met Sergey and after a while he became my stepfather. He is the good person and my mum it is very happy with him. My native grandmother has died 24 years ago of illness. It was very difficult period of a life for my grandfather, but he has coped with it because always worked much. And his work gave the chance to him to forget about his problems. About 10 years ago my grandfather has gone to Moscow on a forum on environment protection. There he has got acquainted with Maria which has arrived there from Italy. They have found at once common language. And after a while she has again arr
Read more