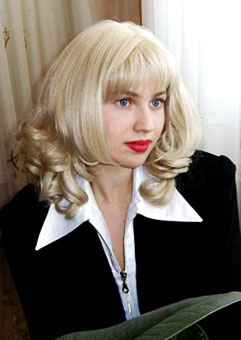 REPORT N1
Oscar (Costa Rica)
Hello, My name is Oscar from Central America, I want to warn you about this girl who is only intereted in your $$.
She catched me in a time I had so big familiar problems so it wasn't hard for her to trick me.
Just in the third letter she started asking for $ 100 monthly to be able to pay the Internet service and translations service that would be cheaper than paying one by one. I thought it was too much but offered to sent her $ 50 a month so she of course accepted.
Later on she asked me to help her to buy a movil phone so we could be in telephone contact due to she didn't have telephone at home, initially we talked over the phone to a number she said was at her sister's rented house and I just was able to call her on predeterminated date and time but soon she told me her sister and husband left to Russia, and that we needed the phone, so I sent her about $ 150, (The phone # I show at starting this letter was suppose to be her sister's but in reality is her own's).
Just not to make a big and boring history, finally I catched her after months of sending letters and money.
I found a cheap investigation service at Lugansk, where they sent her a Rose on my name, they had the telephone number which I gave them, and when they called her she got so mad telling she never give her phone number to nobody, so after they informed that she really lived at the address she gave me, they told me that she wanted to pick up the flower by herself at their offices, so they took some pictures to her which really confirmed that she was the same person, but I knew she was stealing my money as I found out she lied to me about the telepohone, I offered her to send $ 2,000.00 for her ticket and expenses to come to visit me to my Country, and told her I sent it, via Western Union, but when she found out I was now the lier, she tried many times to call me and send me many emails asking what happened. So I forgot about her of course, no more money, I just want that nobody else has such a bad experience as I had.

Romance scam letter(s) from Natalia Matvievskaya to Oscar (Costa Rica)
Hello my dear friend Oscar!
Thank you for answering my add. I like your name very much.
Can you send me pictures of Costa-Rica, please, ok? I would like to meet with you. I like you have said you are looking for anew chance in life.
But first of all let me introduce myself.
My name is Matvievskaya Natalia, I am 23 years old. I was born in small town Rubeznoe Lugansk region, Ukraine. Although all my life I spend living in Ukraine, it was always different. I am a kind of fatal woman, people say. I am a Scorpio by horoscope and according to Chinese horoscope I was born in Snake year. 2001 - is my year. Astrology say that women-Scorpio are very sexual, attractive and wise as well.
All my life was filled with unexpectedness. I am a sort of unpredictable person. As for my childhood, I was happy child in my family, parents loved and patted me very much.
I was rather talented child with excellent memory. I wrote verses as I do it now. In my childhood I knew many poems
Read more