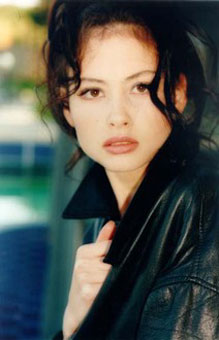 REPORT N1
Mike (USA)
I want to relate a most unfortunate experience I had concerning a scam involving a woman in Lugansk, Ukraine. I began an email correspondence with a Ukrainian woman residing in Lugansk. I found her profile at the Dating-Center on the internet. After the initial contact I received a response and information that she was represented by an agency named Bagira Agency in Lugansk, Ukraine and given a list of the services they provided. Their email address has since changed to BagiStar@ukr.net, I was told due to problems with viruses. My correspondence with a lady named Olya Gritsenko (her current email address is Grits@hotpop.com ). We exchanged wonderful and romantic daily email correspondence for nearly 4 months only ending last week as I departed to the Ukraine to see her on what was a well planned and mutually confirmed visit. A total of 80-90 translated email letters were exchanged during the 4 month period. I obtained Olya's address and I was given the agencies phone number. I confirmed her address by sending flowers to her through another source and spoke with her on the telephone 3 times at arranged times to call. I paid to the Agency $550.00 for four months of unlimited letter translation including $150.00 for the initial 15 letters exchanged, $100.00 for telephone translation, $940.00 for 4 months of English classes for Olya and $550.00 to Olya for personal gifts and other. I want to say the scam was conducted in a highly professional manner. Slowly drawing me in with carefully crafted letters which only could have been written by an experienced and intelligent criminal mind. I'm quite sure I was actually corresponding with Olya during the four month period. Most of the ideas for our meeting and my visit were subliminally and overtly suggested by Olya through her carefully crafted and romantic letters. I want to say that Olya went to great lengths in her letters to assure me that I was special to her and that we would begin a wonderful future together once we met. However we did exchange intellectually interesting and substantive personal information as well. So together we planned my visit to see her. I wanted her to meet me Kiev, but she suggested we meet in Simferopol to begin our meeting and a romantic time in Yalta prior to returning to Lugansk to meet her parents and she would show me her hometown of Lugansk. After which she would accompany me to Kiev when I departed on the planned date. Three weeks ago I wired her $350.00 somewhat as a gift, but also to pay for her train transportation to Simferopol and to buy some things she needed for our planned 8 night stay in Yalta. We both conveyed to one another how excited we were about our meeting leading up to our first meeting in Simferopol. All the times were set and confirmed. I was to call her at the agency at a set time when I arrrived in Kiev and meet her at the train station in Simferopol with a car and driver to go to Yalta the following day at a set time when her train arrived from Lugansk. Suddenly the day prior to my departure to Kiev Olya emailed me an informed me that the University where she worked could not pay her salary until September and that she had no money to buy a train ticket. Also she said she was afraid to take the train alone and Marina at the agency suggested she travel with a translator to Simferopol. This was such a perfect scam. I was leaving the following day and I had plane and hotel reservations set. I subsequently wired $200.00 to her and told her to take a plane to Simferopol, but that I would not pay for her to travel with a translator. She emailed me in the morning of the day I departed and told me that she would take the train alone and would meet me as planned in Simferopol. To make a long story short when I arrived in Kiev and tried to call her from the hotel at the arranged time there was no answer. When I arrived in Simferopol and went to the train station to pick her up she did not arrive with the train from Lugansk, however the train did arrive at the time she had given me. I went to the hotel in Yalta and a young man in the business center found her telephone number in Lugansk with the address she had given me. He reached her on the telephone, spoke with her and told her that I was there in Yalta and wanted to speak to her. She told him she did not have any idea who I was and that she did not ever correspond with me via email through the agency. I subsequently got another flight and returned home today.
REPORT N2
Koenraad (Netherlands)
Hello, I also made contact with Olya trough a datingsite named Incredi dating. After a few letters she and the agency started to ask money for translation. I didn't pay because of this internet-site.

Emails from Olga Gritsenko to Mike (USA)
Hello my dear,
Thank you very much for your letter.My dear, I am very upset because at University I must have a salary. But they told that they will pay only in September. And now I have no money for the ticket. And I do not know what to do.
My dear, I want also to say that I afraid to go along because I did not go for such long distance along that's why Marina Gorova advice me to take a translator with me. She will help us in different situations. For example at first it will be a little difficult to find a common language. And she will help us. It is very important for me. Please, write me what do you think? It is not very convenient for me to ask you about the help. You have done so much for me. But I do not want that everything has stop because we made a lot of efforts for our meeting. And I am sure that when we will be together everything will be like in fairy tale. I liked your idea to meet me at train station. Now I finish and I wait your new letter with patience. It is very hard to wait this few days. This days like a year.
With all my love,
Your Olya

Hello my dear, Thank you very much for your letter. Tomorrow I will go by train along. I understand that you do not want that I go with translator that's why I decided to go along. I hope that you will meet me in the train station. I can not wait when we meet each other. And it will be so soon. Soon I will be the happiest girl in the world. It will be lik
Read more

Emails from Olga Gritsenko to Koenraad (Netherlands)
Hello dear Koenraad,
Thank you very much for your letter. Pleased to meet you very much. I am very glad to meet someone, whose heart is alone too. Let me introduce myself at first.
My name is Olya, I am 25 years old. I am single woman with a great sense of humor. I want to find a man who is tired without a such deep feeling as a love, like myself. I was seeking him for a long time, but I have no results. My heart is full of different emotions, but I have no one to give it. I hope it will be in future. May be it is you, who knows.
I have no bad habits, I think they are not important for a human being. As a proverb says: "A good health in a strong body". I like to go in for sports: to play tennis, to go for a walk by foot, to swim, to do different exercises. Sometimes I go to a disco clubs with my friends to dance a little.
As for the music, I like all kinds of music.
I think in all variety of music there is something special for everyone. Hope, you are agree with me.
In my free time I read the books, I have read books by foreign authors, but they were translated into Russian ( I don't know English well and have to use a translator service now. Is it a big problem? Let me know, please. Ok?).
Also I like to watch TV and help to my mother in the kitchen. By the way, I like to cook very much.
I think that you are a nice person on the inside. I also would like to have your photo. Can you send me one? I am interested in finding out all about y
Read more