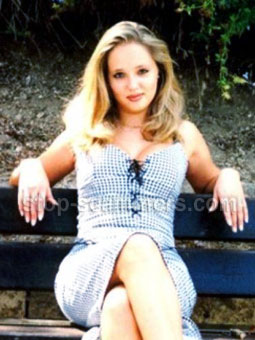 REPORT N1
Roy (USA)
She initiated contact with me on a dating site that I had placed an ad on over a year ago. Her letters were all obviously pre-written, but she did usually respond to questions at the end of the letter. All of her letters contained one attached photo regardless of whether I asked for it or not (a request for more than one photo per email was ignored).
Interestingly enough, she fell in love with me on the 6th letter and wished to marry me. Strange, since I hadn't even sent her a photo yet? I was still waiting for her to request one and she never did?
Often mentioned a friend, Natasha, that met a German man named Frank via the internet and gushed about how happy they were together.

Emails from Svetlana Isaeva to Roy (USA)
Hi, Don!
How are you? Probably, if you have guessed, this is Svetlana :) I'm very glad to get your answer, Don!
First of all, please let me apologize for the delay in my response to you, Don, but I was busy in last time. I'm happy so much that you have written me, believe me, Don!
Also, I'm hoping that my e-mail was so big surprise for you too, really? But most important, I would like to say to you that I have decided to write you through the Internet thanking to my best girlfriend Natasha. My girlfriend Natasha have met a good man through the Internet from Germany, Berlin City, by the the Internet too. Her boyfriend is Frank. Natasha and Frank are very happy together! I see that they are happy so much together, and I have decided to find a man from other country too, as Natasha did it :)
Possible, you can ask me, why I didn't find a russian man? I will be very serious, I will answer to you, that I had a boyfriend from Russia from my City, I loved him very much, but he has thrown me in last time. He found an other girl, as I have understood.
Also I have seen that he liked to drink an alcohol very very much, as many men in Russia do it, may be you know about it. I don't like this when men like to drink so much as my last boyfriend did it! I am non-drinking and non-smoking girl! Simply, I don't have a harmful habits! Also I want to say that on the words of my girlfriend Natasha, the men from other countries, especially from Germany and USA, are very go
Read more