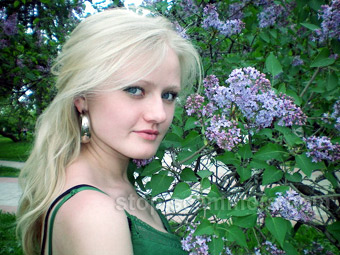 REPORT N1 (added on January, 21, 2009)
Alex (UK)
Many letters were exchanged and wanted to meet, but not in russia. It's a fmaily tradition to meet at the man's house first, so plans were put in place for Oksana to come to UK. She went to a travel agency to get things sorted and needed ?400 which was sent via Western Union. She then said that she needed another ?700 because she had not read the contract properly. I refused to send this and soon after, she disappeared.

Emails from Oksana Zagainova to Alex (UK)
Hi, Alex!!!!!! Yes, of course, I completely with you agree that these problems do us more close to some extent. My loved, I understand, that you offer me other methods to solve ours with you a problem, but you reflected on that, besides I will repeat, that travel agency in case of a neopayment and repetition of registration of the visa, the statement of claim and then already if I have problems with the law, I cannot arrive already to you in general as it seems to me will bring an action against me. Alex, I, really, do not want proceeding. It will simply be a disgrace to me, that I already spoke to you in my last letter. You know, they in any case will win this litigation because they completely can prove the innocence, having given to that to court the contract on rendering of tourist services which has been signed also by me. You know, and I would not like, in case of their prize, the penalty in the big size which is much more of that they demand for my air tickets pays. As to me has told the manager of a bureau of travel, that in the contract the point about air tickets has been in detail described, it was just necessary to turn on it the big attention for my part. My darling, you know, that I to you will tell, that when I read this contract at my first visiting in the given agency, that on it so all has been written by a small font, what even some points should be passed, only because it was clear nothing. My love Alex, I to you repeat the sa
Read more