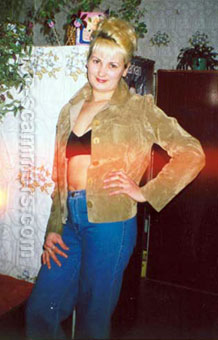 REPORT N1
Asgaut (Norway)
I am in a promising contact with a lady but I want a "backup", a "plan B". So I wrote to her that if not Murmansk then Cheboksary, in next letter a burglar had broken into her flat and she needed $180 to repair door and buy domestic neccessities. I flatly refused to pay, then she was grateful that I had not just left her cold. I was willing to give her the benefit of doubt but in a later letter she wrote a new paragraph and after that simply reiterated a former letter verbatim. I have later not received any explanation to this when I wrote a request for it, so she must think that the plan has gone bust. Rather dumb mistake for a scammer, she knew that I am suspicious after another scam that really hurt me.

Emails from Elena Patrusheva to Asgaut (Norway)
Hi . My name is Elena. I live in city of Cheboksary, Russia. I the lonely, attractive girl with easy hair and green eyes, without harmful habits with higher education. To me of 28 years, growth of 174 centimeters. Earlier I never was for the husband, and I have no children. I addressed in Aleksia Agency with the purpose to find the person for serious attitudes, probably creations of family and a marriage further. Your structure seem to me interesting, but I would like to get acquainted with you more. If you have a photo, send me in the letter. I shall send you the photo. With impatience I shall wait for your letter in speed. My e-mail:Lenusik28@bk.ru

Greetings my friend Asgaut !
I want to thank you for the letter, it was very interesting to me to read the letter and to find out about your life.
In the letter I want to tell to you about me directly more in detail. As I already also have written to you I was not behind of the husband and I have no any children. So it has turned out, that I have not met worthy the man which would be with me a single whole. Certainly I communicated with various men, but in any of them, I was not sure, you probably were surprised, that to me of 28 years, and I could not find to myself directly good husband, but it is valid so. In my life I had only time serious attitudes with the man, we should marry, but at last moment he has thrown me then to me was 26 years, now I know, that our attitudes not could b
Read more