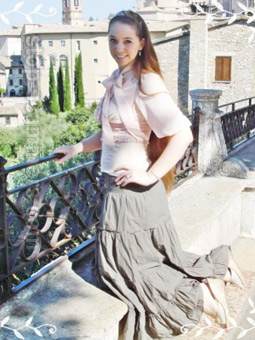 REPORT N1 (added on May, 25, 2009)
Larry (USA)
She started complaining that her sponser had left her stranded without any money and she was starving, and could I help her out I said I would give her $20 she stated it wasn't enough and that things were expensive over there and could I give her $50. I told her too get a job, a day later she emails me and says she is at the clinic and is ***'ing and wanted me too send her $250 for pain medication, I told her I didn't have any money in capitol letters, and she got mad and said that this ****** that all I figured she wanted was my money, and that she was in pain, I tried to explain everything to her but because I won't send her any money she won't speak to me any more.

How are you doing today? Thanks for your reply.I would like to tell you everything about me so that you could know that i don't have time playing games.My name is Keyshia Pays,I want you to know first before anything that i am a very God fearing but i don't criticize other people's believe . My originality is Native American, i was born in the year 1980.My childhood was spent in United Kingdom though.The prematurely calamitous death of my parents brought me to THE LAKES Nevada.My father was involved in an Auto accident at North Carolina,Raleigh, when the accident struck.His death worsened my mother's situation.She herself was going through heart attack before but unfortunately,she could not sustain the grief and sorrow to my dad's death ,so i had to relocate to the US to face my career when i lost my mum before i met my promoter who brought me here in West Africa on contract...I am sure that God willing if we will meet at all, These are some other things i still think you need to know about me.I like going to beaches in my Bikini,movies shows,musical concerts and sometime go for dinner and taste a little coffee or wine from a small window . i am also the kind of woman that will be waiting at your door whenever you are back either from work or anywhere, and i also love cuddling on the couch with the man i love watching tv.