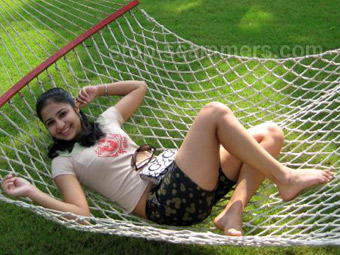 REPORT N1 (added on May, 27, 2009)
Roar (Norway)
This chick took me for about USD 2500.
First she wanted a webcam. I sent her money to buy one. As the camera was connected, it turned out that the PC was too old, and she needed a new one. I refused that request.
She called me on the phone almost every day, making my suspicions lessen.
Then she wanted to come to Norway to marry me, or to see if we fitted. I sent her more money, first for a passport renewal, and later for plane tickets.
Then she was robbed at a bus stop. Skeptical though I was becoming, I sent her more money, and asked her to hide them.
Then she did her biggest mistake: She sent me a falsified flight plan. According to the plan, the plane left for Amsterdam at 6 o''clock in the afternoon, the same day. When I checked this with Lagos Airport, KLM only had one flight to Amsterdam, leaving at 7 A.M.
When she pretended to chat with me from Schiphol, Amsterdam later that night, asking for money for th4e overweight baggage, I knew it was a scam, and told her that I would publicize the story.
By then I had lost about USD 2500, always by Western Union.