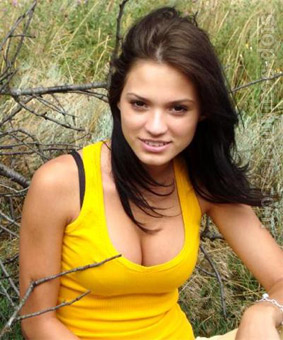 REPORT N1 (added on June, 17, 2009)
Claude (Switzerland)
I have been in contact with this young lady since october 2008. She wrote me messages every day. It was decided that the comes to Switzerland from April 12 to April 26, 2009. I have sent her 2170.00 Euros(visa, travelling fees, custom fees, train to the airport, hotel at the airport). On April 9, she informed my by SMS that she was in the hospital for an appendicitis ...... and that will will have an operation on Friday April 10 .... During the week-end I entered her name on Google and found out that we was mentionned on different websites as being a dating scammer.
I sent immediately an E-mail to the romanian police in Galati with all details. On Monday April 13, Gabi Capatina was convened by the Police and she was questioned for 5 hours. Strangely, on Thursday April 16, she returned me the amount of 1500 Euro by Western Union. In the adventure I have finally lost 670 Euro. I advise all those who were swindled by Gabriel to send an e-mail to the police of Galati.

Romance scam letter(s) from Gabriel Capatina to Claude (Switzerland)
Baby Have you see at the news baby??? About the country near to me??? Rep Moldova?? It is a bad revolution .. because the comunist win the election and nobody vote them.. they win and they cheat and the people discover this.. and the revolution start.. the costumehouse of Moldova are close. beacause of the revolution.. some people die.. and also are many many injured.. people want to be free... that people are some romanian and some russian.. long time ago... that teritory it was Romanian too but Russia take this teritory from Romania... and now it is just a country that it is named Republica Moldova.. it is a poor country.. and people that stay near to this country come here in Romania and sell diferite things.. like tigarete , petrol, tomatos and a lot oif things.. at very good price... not they can do this anymore beacause of this revolution.. also baby.. here in Galati we have costumehouse with this country.. at 30 Km... and also another costume house at 50 60 Km... and I hear at the radio yestarday and also at TV about that this costumehouse are close.. and nobody can leave Moldova and nobody cand enter in Moldova... I remeber and I have like a dejavu beacause in 1989 I was young and i remeber that my parents have and old Tv with nocolours just black and white.. and here in Romania it was also a revolution when people from Romania want to escape from Nicolae Ceausescu ... a comunist lider from Romania that make a lot of bad things here in Ro
Read more