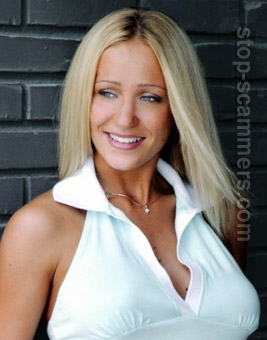 Emails from Elena Gaynutdinova to Jim (USA)
Hello Jim,
I am very glad, that I have an opportunity to continue with you our acquaintance. Probably, you would like to learn my curriculum vitae and about my city. I was born on July, 25 1977 in the huge country of Russia, in the small city of Naberezhnie Chelni located on coast of Volga. Volga is the biggest and important river in territory of Russia on which coast beautiful cities have settled down many, rich culture. You probably heard about some from them, it is Kazan, Samara, Nizhni Novgorod. I live on distance of 680 kms to the east from the city of Moscow . Therefore, if sometime you will want to find my city on a card it is better to you to begin the search from the city of Naberezhnie Chelni.My city of Naberezhnie Chelni has the population more than one 600 000 people, basically it - industrial city, in it it is a lot of monuments of architecture. Despite of the important role of this city in histories of Russia, the My city Has huge value in my life. I love noise of its streets, its silent parks on which it is very pleasant to do walks after the working day. My working day very much sated because I work as the oculist (eyes doctor) in one of local hospitals. Into my duties enters all works connected from this uneasy trade. To receive this trade which is pleasant to me, I have finished six-year training in the Kazan Medical Institute. First I worked as the assistant the oculist, and now I work independently as the oculist. Even 9 business hours
Read more