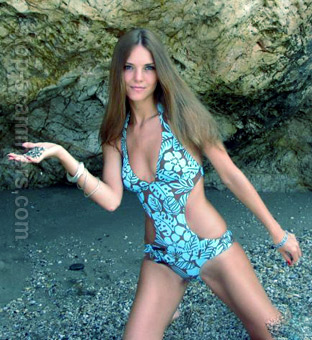 REPORT N1 (added on December, 30, 2009)
Les (Canada)
Began communicating with her and a week later the website had posted her profile as a scammer. When I confronted her with this, she said a guy from the U.S. had wanted **** photos of her and when she refused, he reported her as a scammer. As I figured this was a lie, I continued with her and 3 letters later she began telling me that her employer did not pay her yet this month and said that since they are having elections next year, the government is keeping all the money. Man is she ******. she then asked for $300 for a New Year''s tree and food so that she and her family would have something to eat for dinner. Told her to get lost!

Emails from Irina to Les (Canada)
MY DEAR LES, I ALWAYS GLAD TO READ FROM YOU, BECAUSE I LOVE TO SEE SOMETHING FROM YOU.
THAT MEANS THAT YOU CHECK YOUR E-MAIL AND ANSWERING ME, THANK YOU SO MUCH FOR THIS, I EVEN DO NOT KNOW WHAT I WOULD DO WITHOUT YOUR LETTERS AND WARM WORDS.
I DO NOT KNOW UNFORTUNATELY WHEN WE WILL MEET BECAUSE I EVEN DO NOT KNOW WHAT I WILL EAT ON THE NEW YEAR EVE DINNER WITH MY FAMILY. I GOT NEWS TODAY THAT I WON'T HAVE PAYMENT TILL NEXT MONTH, SO MY FAMILY WON'T EVEN HAVE FOOD TO EAT.
YOUR KNOW THAT WE WILL HAVE ELECTION NEXT YEAR, AND OUR GOVERNMENT MAYBE USED ALL MONEY FOR THEMSELVES BUT NOT FOR US, SO I AM REALLY SAD BECAUSE OF THIS.
I WAS THINKING THAT I NEED 300$ FOR EVERYTHING TO BUY AND HAVE A NEW YEAR TREE, BUT NOW IT IS IMPOSSIBLE, SO I AM UPSET, I WAS EVEN THINKING TO ASK MY FRIENDS TO HELP ME, BUT I KNOW THAT MANY PEOPLE HAVE THE SAME SITUATION AS I, AND I DO NOT KNOW WHO I CAN ASK TO HELP ME. I THINK THAT THIS NEW YEAR WILL BE THE WORST DAY THIS YEAR FOR ME, I WAS THINKING THAT MAYBE WE COULD BE TOGTHER, THEN I THOUGHT - OK, I CAN BE WITH MY FAMILY AND HAVE A GREAT TIME THINKING OF YOU, BUT NOW I EVEN WON'T HAVE DINNER. HOPE THAT EVERYTHING WILL BE FINE WITH YOU.
LOVE YOU HONEY. YOUR IRINA