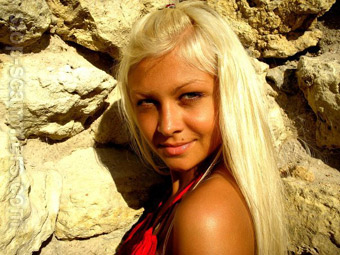 REPORT N1 (added on January, 18, 2010)
Philip (Belgium)
Usual scam scenario.
REPORT N2 (added on February, 7, 2012)
Bruce (England)
All was going well untill she went to agents for flight and papers, she was going to borrow money from parents savings, but asked me for 300 [pounds] this is the time to go over her letters she wanted to take time to know me in them but this was within 5 weeks, i told her i had been caught before and will never send money again, she said that she would never ask for any but it seems she has done this before and a friend has seen her on this site since she tried me, her name there was ALEVTINA ZAYKA.

Emails from Alevtina Zayka to Philip (Belgium)
Hello! How are you doing?
I many times heard that people find the love through the Internet and I have decided to write to you.
My name is Alevtina.I want to tell to you, that I have found your structure on a site "Be2". I when did not get acquainted with men through the Internet earlier, but I feel that my destiny can wait for me anywhere. I believe in destiny and very much I hope that you as will become interested in this acquaintance. As I send you my photo that you saw my appearance. I hope that I shall like you. I to ask a photo of you as.
I shall look forward to hearing from you with impatience.
Alevtina