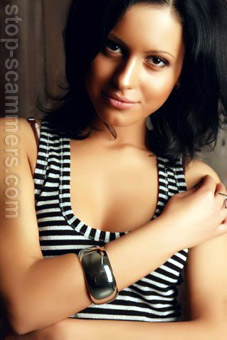 Emails from Tatyana to John (UK)
Hello Peter!
I should admit to you, I have bought my computer one week ago.
And I very badly understand in the computer, and the Internet especially.
This dialogue most interesting on the Internet.
Dialogue with other people, with people with the different ends of the world. Peter you agree?
I think, the mankind should give Nobel Prize, to that who has thought up Internet. It is surprising!
This international dating most popular on the Internet, and I have decided to try it.
To diversify my leisure and consequently that my everyday life became little bit grey.
Probably you ask - why international dating? I with pleasure will answer.
Because I from Russia. My city of Sebeusad.
. I will tell to you about my city in other letter... If you tell about the...

Now probably you ask me - why I have chosen you?
Hm, because Russian men not such interesting, not such clever, not such brought up,
Not such gallant, not such fair. As the European men.
Certainly and the European men happen bad. I hope you Peter not that?

I the kind and sympathetic girl also am always ready to help those to whom the help is necessary.
Certainly I very much wish to meet the person with the same kind
And fair heart which will appreciate love, to respect and trust the woman.
Huge value in relations between the man and the woman has trust.
The trust demands time and efforts, it is very easy to destroy trust, and it is very difficult to restore.