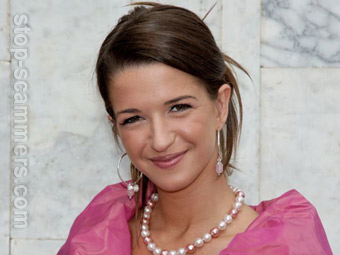 Emails from Elena Timofeewa to Dana (USA)
Dana, I have made a copy. I send you it and I hope, that it will help us to be together. But nevertheless to me it is very insulting, because you to not protect me before your relative. To me it is very insulting, because you to speak nothing to it when it thinks of me badly. That your place, I to die, but to justify you and to not give you in insult to any. At me strong character and I never would allow any to speak about you mucks.
Dana, but I do not understand, why you cannot protect me. You are afraid of it or what? Tell to me?
If I was man on your place. That I as would make everything to find money and the help. For the sake of love and happiness! For the sake of our love, our happiness and us! Besides I shall not spend any money and to result to you back all. Dana, I do not know, but I think, that you do not understand it.
I to not give any occasion that you to doubt of me. Or your relative envy can be simple, what we shall be together and are happy? There can be it and it does not want, that we were together and to it cannot help us? I do not know. But I think, that you to solve all soon, differently I to die here. Because I to not sustain more such life!
I love you and I hope, that I can see you and to be with in your embraces this week!
Yours and only your loving Elena

My lovely Dana!!!
I have received your help and have ordered tickets for tomorrow.
Dana, I am very happy, because I can be fast in
Read more