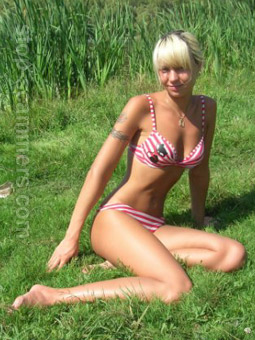 REPORT N1 (added on September, 15, 2010)
Didier (France)
I meet her on meetic, she said she was a doctor from St Petersbourg, Russia. We wrote to eachother everyday long and normal letter.
She stopped writting without reasons. I sent her 2200euros for various reasons.
i still have doubs wether or no she was true.
NEVER SEND MONEY TO WOMEN!

Emails from Elena Gorodilova to Didier (France)
Hello my dear Didier. How was your day today? I hope that everything was in order. My working day has already come to an end and I immediately decided to go to internet cafe and write you a letter. Darling, I was surprised to read your letters. I want to thank you for your help that you gave me. Darling, I do not even think that we will be able to do so. Now, I can come to you in Toulouse and I do not have to come to Paris, to where you met me. I also think that it will be convenient for both of us, because we can more quickly see each other. And it's all about what I dreamed. I want to hurry to see you, my love. Especially when I read that you have to get to Paris more than 7 hours, now I am more than confident that it will be better. Although I would have been enough to 200 euro. But, now I will have money to buy you some gifts;)
Dear, I've never been faced with such a system, like Western Union.
But, I heard about it. Once I saw the ad on TV about this system.
Darling, I just saw the form that you sent me. And I must tell you that when I gave you my full name, I made a ****** mistake. I accidentally missed one letter in my name. My name is not Gordilova, and Gorodilova. I sincerely apologize to you for it. I hope that you're not angry. I just read from you that so that I could get money, I probably need an identity document. The fact is that now my passport is at work. I had to give him up due to my vacation. And now I have no passport. But
Read more