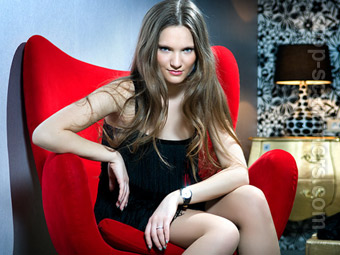 REPORT N1 (added on October, 29, 2010)
Andrew (United Kingdom)
She e-mailed me directly, I'm assuming she got my e-mail off my facebook account before she got it disabled on me from her hacking into my facebook account!
We used to be sort of pen friends but she ended that through jealousey as I was more interested in another, she did all she could and sucessfully wrecked that for me, she got banned from facebook for hacking into other peoples accounts but came back with a new account then hacked me again and I got the boot from facebook, there's still the question of ?350 missing from my bank account via paypal which I think is her, she uses different names all the time on the dating sites though the sites above I mentioned she has been posing as being russian living in scotland on one though the ad disappeared within days of appearing.
Liu Furs contacted me directly via e-mail, I had almost forgot she existed then she video calls on msn messenger saying she's really desperate, wouldn't ask if she wasn't in really urgent need, she asked for a mere ?50 to see her through so I made the mistake of sending it though now know I won't see it again... or her, she also asked 2 days later in another conversation is I could send her ?1000 along with tickets for her and a girlfriend to come to the uk but I've refused her on this but she keeps trying to chat to me on msn, and this other known scammer Alyona Byn is at it now as well, I think the 2 are working this together.