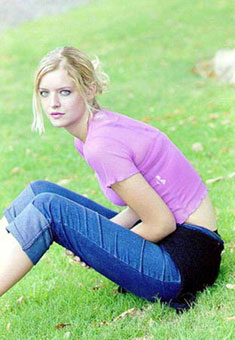 REPORT N1
Darryl (USA)
I am an American male, who placed an ad on match doctor site. On only the 2nd day after I placed the ad, I was contacted by Tatyana of Irkutsk, Russia. I was taken by her beauty and we exchanged several emails. I had been scammed (although I never sent money) before, so I went into this very cautious. I had a feeling from the start when she said she liked my profile yet there was not hardly anything there posted (not even a picture). She told of wanting to visit me in my country and told me the cost of her visa ($240). I knew it was nearly impossible for her to get a visa for USA. It was a dead giveaway when she signed her last letter by the name of Irina! In my last correspondence I asked if she was able to afford the visa. I haven't heard from her since.
REPORT N2
Steve (USA)
I was taken for money by one Tayana Pavlova also known as Tatyana Ivanova and from one of the links I found here she has taken quite a few men. Western Union is quite aware of her but if you send cash they will send the money, if you send money by credit card they won't send it because they are afraid that you will deny the money. I guess one point would be to always send the cash from your credit card then. I will add one other thing, the loss of the money was no where near as bad as my divorce was. She at the time I was talking with her claimed to live at 20 - 12 Stepana Razinia Street, Irkutsk. She also claimed to write from the university.I don't have any of the letters anymore I deleted them after a while. I do have a voice recording of her I could send. I never understood why she sent it she already had the money. Western Union stated to me one time that at least 80 people were sending money to her almost nightly. I would like to see someday that there be a link to your site from kiss web site or other dating sites and maybe some helpfull tips for men to read, sometimes we arent to bright. Once again thanks and if I can help let me know.
REPORT N3
Rich (USA)
My name is Rich and I was looking for someone to love and marry. I had listed a profile on the website Kiss for a three month period. Two and a half months ago, A Russian woman e-mailed me and said that she liked my photo. We began an immediate rapport, writing each other every day. To make a long story short, a month ago I proposed marriage which she accepted because I didn't want her to think she wasn't good enough for me. I wish I could have found this site sooner! I should have been suspicious when she said she could get out of Russia without my meeting her first, or MY petitioning for the fiancee visa, both which are required by U.S. law! But like a dunderhead, I sent $125.00 to cover some of the cost of the fiancee visa and then $450.00 to cover some of the cost of the ticket. It has been eight days now since I have heard from her so I began looking around. I even wrote Aeroflot airlines trying to see if she had booked a flight! When I stumbled across this website, I couldn't believe I found her here. I feel like such a fool! If you ever get the full name of the Russian woman you are corresponding with, type the name into a search engine like I did...You might end up here!!! And do it before you send any MONEY!!! The e-mail address she used was: tatyana19742000@fromru.com. Many of her letters are the same as the one printed by other fellows who have been scammed by this woman.
REPORT N4
Linn (USA)
My name is Linn. I have looked for the love of my life for many years. I am a devoted friend and an honest person. I have been scammed by A woman named Tatyana Ivanova. She claims to live in Irtkutsk, at 664000 Stephana Razina street 20-12. I received my initial letter from her. I answered her letter a week later. It read like this:
"Hi. My name is Tatyana. I like your photo. I would like to get aquainted with the man , who could value my care, tenderness and love. I would like that he was kind, responsible, capable to stretch a hand of the help in any problems. If you to hear me and you agree with me that can write to me on my e-mail. In turn I shall try to be the offer, loving, devoted, responsible woman..."
I have written a letter everyday since for about six weeks to her. I have sent her 350 usd to gain a visa. I know it is near impossible that she will probably get one. I am sure it is a scam to part me from my samoolians.
Created: 2003-01-01    Last updated: 2022-04-20    Views: 1721