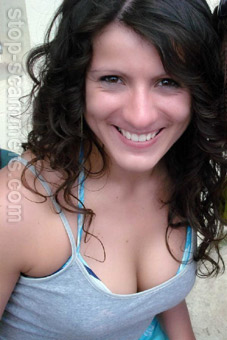 REPORT N1 (added on August, 26, 2011)
Bob (USA)
First off, I'm 52/Divorced/ retiring. (Sound familiar guys?)
I believe that I am most likely Audrey's very first mark. I think she is new at this.
I do not think she is being coached because she isn't that sharp as some of these other scammers.
On 8/14/11 she contacted me through LatinAmericanCupid as member ID 3331767 via an interest message.
I viewed her profile which looks totally legitimate. The only question I had is what a Malaysian girl is doing on a Latin dating website. Looking around, though, I see many women subscribers that are not Latin so I let that slide, although I was curious. We ended up corresponding using her e-mail which looked legitimate audreyworld@live.com. We also started using MSN messenger to communicate.
In one weeks time, she was totally in to me with tons of communications. She gave me her phone number which checks out and she gave me her address in Melaka which I then ran through the US embassy in Kuala Lumpur to try to get some validation. The US embassy told me its an incomplete address. I also used Google Maps to pin down the address for verification and what I found is Jalan Melaka Raya 18 cannot be found even panning in to max. There are streets in that vicinity NOT labeled, so I passed this off as a street not worthy to make it to the map because its not a business street, but a residential street.
In my communications, I attempted to point out landmarks in the Melaka Rays district to her and she acted totally clueless as to what I was talking about. So I suspected she was using a hard to trace address for a reason. One statement she made was she does child care and is uncomfortable telling me exactly where she worked and lived. Later, she told me she lives in the compound where she works.

Subject "Toast to a new union"
Thanks for the lovely pictures and its nice of you to tell me about yourself and what you looking for.I do love to travel but for years now i have been seen the other part of the world.I do enjoy nature and walking along the park are one of my hobbies.Bob you talked about the age difference and yes i am aware of it and right now i am looking for a matured guy,previously I dated a guy my age only to be left hurt and heart
Read more