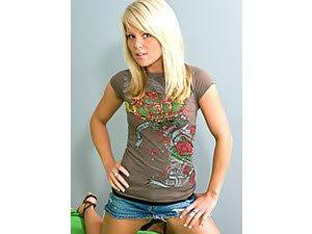 I saw your profile at wed Search Results and i really love to know you if you wish, am looking a long term relationship if it should go in that direction, like most times i do ask my self this :- Obviously you are going to chose a partner that you are physically attracted to. Apart from that aspect, there are a few important areas you should look at. Do they speak very slowly compared to you? Do they understand you when you speak? Can you really talk to them about absolutely anything?. When you're ready to make that full commitment, you're sometimes left with questions and a nagging sense of self-doubt. Is this the one? Am I making the right choice? Does my potential partner feel the same way? In this guide i hope u attempt to answer these questions and more. The best way to make sure a relationship succeeds is to make sure it's the right one from the start!. Hope am not too hard? well i hope to hear from you again bye for now. I here by paste one of my pix, Am 28 years old and also from the States (USA), female that is all i have to give now till u reply i will give more. You can send me email so we get to know each other.

Sorry for my late reply i have been very busy that i don't even have time for my self, well from today i promise to reply your emails from time to time.

Thanks a lot for your prompt reply.I almost gave up on the search on personals because I had no response and the fact that
Read more

Emails from Kimberly Rain Reiff to Joe (USA)
Hello Joe,this is bekky,your fiancee's friend.I just got a news that Lizzy got an accident on her way to work this morning.She has been rushed to a hospital and she's currently in coma right now.I tried to contact you so I went to her room and I found your email address in her diary so I decided to write you so you can know the current condition of your fiancee.
Hoping to read from you soon.
Bekky

Good to read back from you.I'm so sorry for getting back to you late...Been running around trying to get some money for her treatment because the doctor asked us to pay a deposit of 700 usd because it seems she will undergo a surgical operation before she can be alright.
The doctor said she has an internal injury and she needs to undergo a surgery before she can get back to herself.

She was involved in a car accident this morning on her way to work..She really needs you now Joe