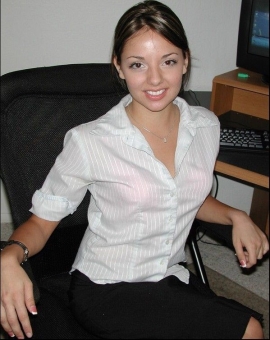 REPORT N1 (added on July, 30, 2012)
Charles (USA)
This girl told me she was in england and was ther because her father died she said she was in love with me and i thaught this funny. since i had not talked to her but more than twenty minutes. anyway she said she needed me to go to chase bank and open up an account so she could transfer money her dad left her to keep the attorney from running off with it. i found this strange but i played along. the next day she asked me if i opened it i told her no because the bank said no and my credit was not good plus i had no money to open one. she became very persistant in trying to get me to open it saying i needed very little or no money. i told her i could not again and she became angry. and even more persistant i eventually just blocked her and stopped talking to her.
REPORT N2 (added on November, 4, 2013)
Chloe (USA)
She innitiated contact on the ******* dating site. I tryed to find my soulmate, and she started the contact. Later we starded mail correspodence, andit was strange, because she never replied directly on my mail and my questions, she mentioned so much honesty and sincerity and those letters were strange because she always tried to convince me that she is good, gos fearing, honest, sincere, but she lied about who she is, what is she doing, and its the same story as other, she was cheated, lost money, she travelled alot, and she is always lonely, looking for soulmate, etc... I stopped the correspodence before she even tryed to decieve me! All the scammers need to be reported to the FBI,and go to jail! Thanks for this site I am safe now!
Created: 2012-07-30    Last updated: 2022-08-22    Views: 1390