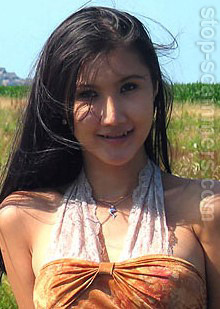 REPORT N1 (added on September, 5, 2012)
Lawrence (USA)
I first saw her on filipinocubid n tried to message her but she left the site for awhile. i was on another dating site called dateinasia when i discovered her again as she had just joined that day. i contacted her and we traded email addresses. after a few days of chatting she stated she loved me and started sharing **** pics that eventually led to showing me all **** pics of her. she showed me an expired nursing license and passport to prove her identitiy both which had her photo and full name. she sent me a long letter about the story of her life. she also sent another letter stating how much i meant to her n i was her trophy. she claimed her laptop cam did not work n she did not have her own access to the internet. i sent her $100.00 for a new cam n to buy internet access. once she got the money she claimed the webcam would not work because her laptop was too old. to make up for me not being able to see her she sends me a video which is suppose to be of her playing with herself. she claimed she made it that night on a borrowed digital camera from a co-worker. but the girl in the video did not look like her and it was easy to see the video had been recorded at some other time. the video was also made using a webcam on a laptop. the video was also made when the girl was chatting online with somebody having cam ***. you can see her smiling and typing to somebody. once i claimed i did not believe her she got mad and has not contacted me anymore.

Emails from Angie Ecel Santos to Lawrence (USA)
Dearest Baby,
My full name is Angie Ecel P. Santos. Born last October 16, 1978 in Clarin, Misamis Occidental. I was born and raised there as well. I am the only child. I lost my Dad when I was 9 years old. My mom raised me by herself. She did a pretty job since she was very hardworking and was able to put up with me, my needs and my schooling as well. When I was 16 years old, she found herself a man who understands her and accepted her and so they got married. Despite the new family, it was not I imagined. My step father and I really did not get along well and so my mom who was so in love with him usually take his side and not mine. I t was heartbreaking but I have no reason to complain because despite of all the problems we have in the house, my mom was still there to support me in my schooling. I had to take it all in because I do want to graduate. Which I did, with my determinations and hard work. After I graduated, my mom talked to me and she told me that since she had done her obligation to let me finish school, she was then leaving me and moving to her husbands’ place. Which without any choice, I have to live for myself and find means to survive. Then I went to Cebu City, a place which has better job opportunities and took risks here. During that time, I still was not a licensed nurse, so I had to take jobs outside my field and get my savings there for me to take the board exam. God is always good! He helped throughout my endeavor and was
Read more