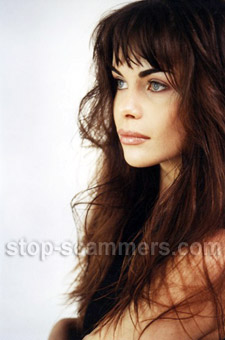 These are not far-fetched musings on my part, since the first thwarted but unsuccessful attempt by terrorists to attack but not destroy the symbol of American capitalism, international cooperation and democracy embodied in the World Trade Center buildings in October of 1993 were made and then the tragically stunning and unbelievable success on that Tuesday morning Sept. 11, 2001 of it's actual destruction directly within the U.S.'s borders and collapse (and we are only in the 5th year and recent remembrance of the tragedies)

I am aware NOW (and not quite so then) that though everything is a claim and allegation as far as names and locations, I am aware that in the regions of Russia there is still continued volatile and explosvie political unrest, rebellion and violence within and outside of it's borders from those countries that was once Soviet Russia's consolidation of powers such as Ukraine (where the then candidate now president Viktor Yushchenko did indeed suffered from a nearly successful attempt on his life from dioxin poisoning, as a result, it has left him with permanent scars on his face, a clear sign that this is deadly serious which could be said is a confirmation of Russia still attempting to hold on to or regain control of it's former consolidation and domination of surrounding territories.) The school massacre at Beslan, in this month of Sept. of 2006 just mourned and reflected upon that demonstrates the political unrest and defiance that, indeed, is very much alive, make no mistake.) I have a friend who is soon to be travelling to Siberia. He is a jovial and boisterous fellow, a bit of a wreck when it comes to being much too open, but I have warned him many, many times to be careful how he behaves there. I have warned him. Best of luck to him. Anyway, my wondering what happend to Svetlana and the worried imaginings I had are not unfounded, unwarranted, nor unjustified. I have witnessed the utter and damnable failure of my government in protecting it's citizens from both intentional, hostile premeditated attacks and from natural disasters. I have witnessed in my lifetime, political and business men and women involved in money laundering, extortion, lies, deceit, all at the expense of the constituents, investors, etc. but the glaring betrayal to the communties. Anyway, I hope that you will give me consideration and grant me access so that I may begin my own investigation and gather information to help not only myself but to help in all communities to put a halt in this dirty work of criminals in action.

Romance scam letter(s) from Natalia Tsareva to Dave (Australia)
Dear Dave!
I am really very glad to hear from you, and I want to know you better, I am very interested in you. I know that we have the common wishes and dreams, and I hope to know you closer, maybe we will prolong our relations in this way...
I like reading your letters! Your style of writing tells me a lot about you!!!)))) We have a lot of in common!!!
The only thing we differ is that you thing in English and I do in Russian! I do not speak English! I know only some simpl
Read more

Romance scam letter(s) from Natalia Tsareva to Angelo (USA)
Hello my love Angelo.
I waited for the moment when I again shall receive from you the letter and this happy moment has come, and I can learn, that you think of my previous letter. Your letters fill my life by sense. I to start to understand, that my life, it does not mean without you because I love you.
I have told about us with you to the girlfriends, they are very glad, that I have found the happiness, and that I shall leave to you. Certainly, they will miss on me, as wel
Read more

Romance scam letter(s) from Natalia Tsareva to Richard (USA)
Hi my dear Rick. I am glad to receive your letter. How you today? Today at job I thought of you. I thought that we are far apart, but the help of the computer have met, we communicate and we try to become closer to each other. I want to you to say Rick, that I very much would want in the future to see you and to talk. I hope, that sometime it to happen. Write, you would like it. Rick - you like sports? I visit 2 times per one week a sports hall what to support the body in nor
Read more

Romance scam letter(s) from Natalia Tsareva to Michael (USA)
Greetings,Michael.
I feel really glad myself since you have responded to my message:))...
Each your letter brings pleasure to me and I am starting with impatience wait your letters already...
I am very glad to hear answers to some of my questions also... when I read them I have understood that at us much more the same in the ideas than it seemed to me in the beginning.. I agree with you in your opinion..
I want that you know everything about me too, each letter makes us
Read more