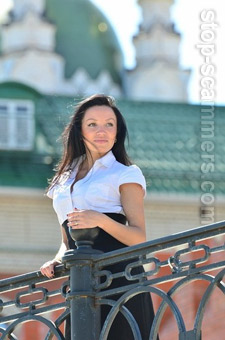 REPORT N1 (added on December, 20, 2012)
Paul (UK)
This woman claimed to be in the textile business. She often agreed to meet with me but never made herself available to me, instead claiming to suddenly have needed to travel abroad to china, india, then the USA. She persuaded me to lend her money for fabrics from her supplier in the UK while she was in the USA. I sent two lots of money to a Richard Mezmin, Halifax account number 1032260 and branch number 11-04-00 which is Barkingside, Redbridge. His email is richardmezmin74@yahoo.com
I investigated him and he is no textile seller. He works as a van assistant for a chinese supermarket.
They have stolen the identity of Richard Mezmin Albertse, who is on facebook, using his name and picture.
The Richard Mezmin I sent money to has a friend in Liverpool, called Payne Debra Mariam, who studied in Detroit and claims to work for a fashion company in the UK called Emirald Fashion. This company does not appear to exist.
I was asked to pay a hospital bill to a Gilbert G Sharer in Nashville Tennassee. He must be in on this too.
This is a sophisticated gang I think.
Created: 2012-12-20    Last updated: 2013-04-10    Views: 1171