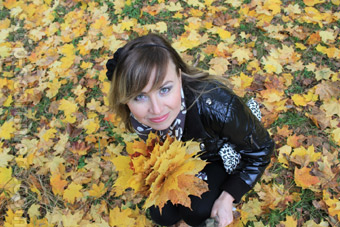 REPORT N1 (added on January, 4, 2013)
Andrs (Hungary)
I was new at the dating site. She wrote to me first. After I answered a Yahoo e-mail address she sent me. The usual text sent to me, she lives in with his grandmother, parents never talked to me, dealing with sick children in a village where there is no internet ... in the 21th century ... sent pictures of herself, very pretty girl, question of whether she is the person in the picture at all. After a few exchanges of letters, she asked if I would like to meet her in person? Of course, the holidays would have liked to be with me, did not talk about money. She was in love, did not answer my questions clearly.
I told her, I can not come up with the money. She mentioned that she will come to me but she would need 500 to 600 euros. I told her I would go first, then follow me come to me later. She has not responded, and I would like to play with her, I wondered if it is how long it takes, so I still look forward to a reply. And I wrote her that I have the money :)

Emails from Nadezhda Bykova to Andrs (Hungary)
Hello!
Forgive that to you didn't write earlier, I had problems and still I worked and went on practice to the small village where there was no Internet.
Already more and more better and I can already speak with you and more learn about each other.
If you remember me and want as to talk to me that write, I will wait.
Nadejda.

Good afternoon, I am very happy that you wrote to me.
I'm fine now and already I feel more freely and I can and I want to continue with you our friendship or there can be that that more.
I went on practice to school, passed in it in remote the village, there I was engaged with children in disabled people and helped them with everything.
To me suggested to work there, but I solved that I can not live and work there, it is very far from the city and I simply can't live there years, but all the same I am happy that spent such days with these children and very much it was pleasant to me and there can be I still will return there when already I will have everything.
Now I study Spanish and the Hungarian language on the Internet and I understand not much.
Write to me more about that that you think of us.
You would like to meet me face to face and to carry out not how many weeks together?
Now I where don't work and already finished study and received the diploma, but in our city there is not enough work for me and it would be desirable to prove to be where that in other country.
Well I wi
Read more