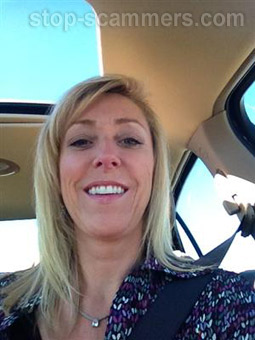 REPORT N1 (added on March, 5, 2013)
John (USA)
Scammer claimed to love me within first week and shortly thereafter asked for money while in London, England to obtain heritance from customs. Research from my email to Christianmingle staff advised scammer was removed from site to suspicious activity reported from member.

Emails from Lynn Cate to John (USA)
Thanks for the email, you just put one big smile on my face! I really liked your profile on the site.. You sound a very interesting man who knows what he wants and i am very open to see where this leads us to, something great i hope!
Let me go ahead and tell you little about me and i hope i dont bore you to sleep...lol.. i was born in Croton on Hudson, NY, USA, my parent are old. They had been married for 10 years before they had their first and only child,which is me. i feel like i am writing an autobiography but thats ok. Growing up was pretty fast and exciting, i was handled with so much care and was always made to feel so special even though we were not so rich. Mum couldnt have anymore children after me and i had to deal with that.. I couldnt deny i wanted someone to run around the blocks with so i did feel lonely on several occasions.
I was born into a Catholic family. We attended the second mass every sunday and always sat on the first bench on the third row. It took months before i was convinced to go into college. I didnt do bad in high school so i had no problems getting into a University in New york. I went on to study Marketing in university and performed with a band to fund some of my living off campus expenses.
I graduated from college at 23 and felt it wasnt time to take up a job. Dad still earned quite enough to put food on the table for all.. 7 months later, the table is turned...my dad got involved in a car accident that cla
Read more