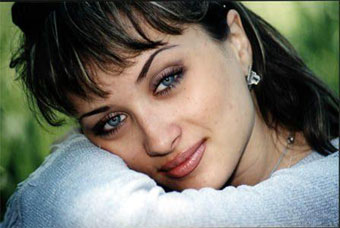 REPORT N1
Giverso (France)
Alert about scammers Daughter and mother team !
You'll find out here following a part of few investigations about them.
I've been victim of a scam from alias name MAXYMOVA Olga with complicity of her mother alias name Nathalia PONOVA. These two women live both of them in NIKOLAEV at the following address :ul. Kosmonavtov 51a-18 - Nikolaev 54056Ukraine - phone: +380(512)21-12-42
The facts are : I met Olga MAXYMOVA in INTERNET AGENCY.
Meanwhile her mother was registered on the file of the same agency too on ref: eb4921, and in other agency named special-lady on ref. A0672. And other agency yet office@chanceforlove.com. ID: 1069
Since the beginning of my relationship with Olga things went very fast and we met in KIEV, and she decided to visit me in FRANCE in September for three weeks. Then we decided to married and after Olga going back to UKRAINE we full formed all formalities to make this wedding possible in FRANCE. But by the time she came to FRANCE for wedding she kept asking me about 8000 EUROS for every thing pretending in order to be my Bride and about all fees. But when she got in FRANCE to make this weeding, she run away after 11 days for personal reasons, and come back to NIKOLAEV. When she arrived she call me to tell she regret she come back to Nikolaev, and we started formalities to French Embassy again to get new weeding visa. In first time French Embassy refused to renew her visa. I might send letter to French Embassy to confirm that I wanted to marry Olga , and My city Hall call French Embassy to confirm registration weeding date for March. Then she finally got her visa on February. But Between The January and February she managed to ask me by phone to send as much that 2000 EUROS. After this I was waiting her with my two small daughters in NICE Airport on February 15, but instead to come she went for touring in Europe with other man !! My Daughters are in shock about her for not coming on weeding date. She refuse to send me back all my original documents she used to get weeding visa in French Embassy in KIEV. After that I have hired detectives office in UKRAINE to investigate.( Documents joined )
Now I realise that I've stolen by MAXYMOVA Olga with Olga's mother complicity to give in six month 8000 EUROS to this family just by the fact Olga promise me weeding until she turn me down the day they were sure not be able to take more money.
The way they did this scam is unusual and very smart, because they visit men, and after they let them for believing in next weeding process and in this way they keep asking money for every thing and more, before turning down the situation and keep a big part of the money for their personal needs.
I learn that MAXYMOVA OLGA changed his name after having already one refused visa on her former passport from German Embassy, in order to ask visa under alias name to go to visit German man. After all this treble with this family I'm going to suit them to criminal court of UKRAINE for scam according the UKRAINIAN law : " one that in respect of You was perpetrated a crime provided by cl. 190 Criminal Law of the Ukraine Breach of confidence for the reason holdings by property ( the money ) caused significant damage in large size aggrieved. Such actions are punished by deprivation of the liberty from 5 before 12 years".
I hope very much you take mention of this information in order to stop this Ladies that keep for scamming men thru Internet Agency or other way either.