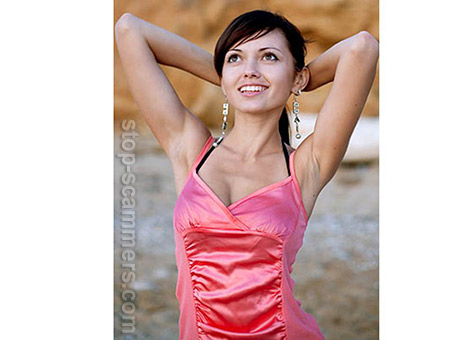 Romance scam letter(s) from Svetlana Evdokimova to Luke (USA)
Privet my dear Luke!
Sorry for some delay, I felt not well and couldn’t come up to the agency, I think that it was something with my blood pressure, it was too low that’s why I was half sleeping all the time and felt very tired even getting up from the bed in the morning, I used to drink a lot of strong tea and now it’s much better, maybe it happened with me because of the weather changes but now it’s Ok! How are you honey? Do you know that I miss you much? I think you know it. First of all I want to thank you so much for your help with the apartment, I’ve got it the next day you sent it and gave it to the landlord, sorry that I couldn’t write you a message, I tried but it wasn’t delivered to you, I don’t know why but it took 20 hrivnas from my cell phone account so I stopped to try. Maybe it was something with the connection, I don’t know. But I’ve got your messages and I am very thankful to you, I like them and you know how much I need them! I am glad that you are Ok! Now when I feel better I start the moving, I am going to clean the new apartment and than to pack all things and to move them there. I know that you will like it when you see it and it will be pleasant for you to be there when you come here. Dear I am so thankful to you that you helped me with changing the apartment, it seems too much for me (12000 hrivnas!) and I see what a caring person you are. This apartment is much closer to the kindergarten which is very important as well,
Read more