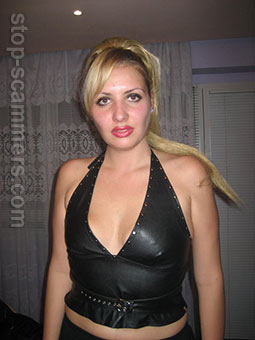 REPORT N1 (added on December, 12, 2013)
Iain (Scotland)
This woman sent me a friend request on facebook. we chatted briefly. then she said she fancied me. I was interested. she then wanted to meet up by coming over here to the uk. she sent me her flight details. but then the next day when she was supposed to be flying over. she sent me an email saying that she was due her landlord over $1000. I said no way as I could not send money transfers abroad. but she was insisting on me sending the money. she claimed she spent over$2000 on her flight & that she was due to inherit her late fathers will if she was in a long term relationship. but it is now all over today. as she has called me a liar.