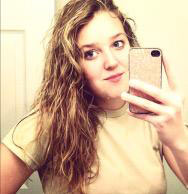 REPORT N1 (added on December, 13, 2013)
Kang (Korea)
A fraud case of $4.5 million dollar the money recovered from the Taliban hideout.
I am a 51years old korean.
I know that soldier is represent a nation.
Your country soldier and unknown mans and woman cheat my money 5,500 US dollar name of cost of transport. She introduced me Second Lieutenant in United States Army.
She was loud in his demands in have a secret meeting. But, I turned down the offer.
Shelby Gaines want my personal data, as a reason for invest in korea.
Bear the whole expense of her money $4.5 million dollar(the money recovered from the Taliban hideout) luggage to me.
I met Shelby Gaines 11. October, 2013 in waplog site.
She was divorced and presently single.( in the opinion of her) Presently living in Syria for her duties( 11. October, 2013).
She said, "my daughter because her father is always influenced with alcohol and drugs. About my parents, I lost my younger Sister with my father in 9/11 attack, and my mother is suffering from dementia due to the shock she had when the sad news came about my family."
So, I felt sympathy for the victims.
Appellatively, she so-called talk to me as a husband or sweetheart and honey, every day she was want to merry with me, but I told married man. I told, I can't it.
She said, what would be the best way to get her money to do the most work for me?
I didn't talk to her for a fairly long time. In the meantime, she continuously talk to me.
She will resign from Army and use her money to invest my country.
After came back war, she want me to know that "she is a successful woman , the $4.5 million is the money we recovered from the Taliban hideout , so it was shared between all of us that went for the mission , so please it is legal and do not be afraid"
Suddenly, she said, need my address and name, phone number.
I thought at her own expense sent me the money luggage.
The question had been around for some time.
It was my fault for may be attributed to neglect of this precaution.
I couldn't sleep because I was so worried[anxious] about the money luggage.
I've believed her as a friend.
Many times, i told to her, i'm not interest her money.
There still has been no contact[phone call] from him and her after 1. December.2013.
I didn't get my money back.
Now, It is hard for me.
This is the message I want to get across.
I wish that let peoples know such an unfortunate event to happen again.
Created: 2013-12-13    Last updated: 2013-12-13    Views: 1429