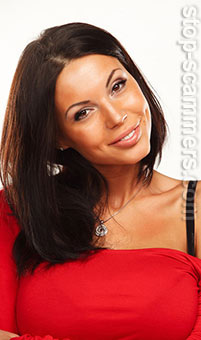 Romance scam letter(s) from Oksana to Gudrum (Denmark)
i have a lot of dreams)one of them is to learn English. And there are many reason for it. As i have no my own pc and don't know English-that is why i go to the nearest Internet cafe and use services of professional interpreter. I have heard about on-line electronic translators and wanted to reduce expenses for the translations of our letters somehow. But it didn't work. I wrote you a letter, then translated it through an electronic translator and gave it to the girl who translated all our previous letters. Reading it she told me that I would only frighten you away with such a translations of my letter. An electronic translation of my original letter had many mistakes and contradictions. Unfortunately my letter translated by an electronic translator lost the original meaning I gave to it. The same story happened when I tried to translate your letter by an electronic translator. I didn't understand what you tried to tell me because it was just a number of Russian words without any meaning. I tried to invent a way for our communication without hiring a person for translation, but unfortunately such way doesn't exist yet. Ok, everything is fine, I am going to pay for our letters to be translated and we will not lose each other. That is why it is one of my dreams to learn English)