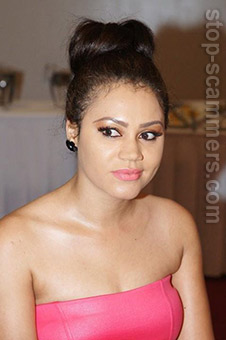 REPORT N1 (added on April, 7, 2014)
Chris (Germany)
Says her dad was a local king, so she is a princess. Her grandma is from Erfurt, Germany. She wanted me to receive 2 mobile phones for her and forward them to Ghana so she can sell them there. I did so, but when I signed for the parcel I did, unbeknownst to me, also sign a rental contract. The parcel got to Accra, DHL listed it for 2 months as sitting at customs but unclaimed (I assume the fees were exhorbitant). The address in Accra, also her grandmas's I used to write letters to. Were not answered/returned. Now I am tryin to claim the parcel back as I am forced to pay for 2 phones with contracts. The gransma closed here account, which was on the contract they signed, so I cannot do much. It is in my name, so they can demand the money from me. Said I would have to sue them to get my money back. All very expensive.
Created: 2014-04-07    Last updated: 2014-04-07    Views: 1274