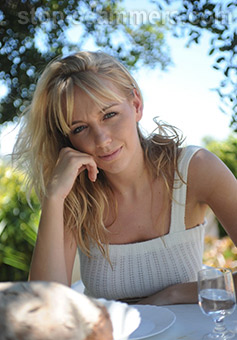 REPORT N1 (added on April, 22, 2014)
Robin (UK)
I received a letter from Katerina with a photo, a blonde attractive young Ukraine woman, who said that she worked as Yoga instructor, over the next few months the email she used was changed, but the last one she used for about 18 months, over a period of about 2 years we wrote most day, but using a translator company for emails. after a while she informed me that she could speak a little English, and so I sent her a mobile phone, and we talked a few times a week, the photos became more intermit as time went by, she would say in her letters that she needed new cloths for work, track suits shoes, and so on and during winter she would say heer boots needed changing badly so of course I sent boots and coats and dresses over time.
not to mention many other items such as bedding for her parents bed, and watches, just after Christmas she told me that she had been mugged and her handbag, with her passport and phone had been stolen, along with her purse with her ID also, so of course she asked me to send money for her to get her ID And Passport back.
then after a while I asked her if she had her passport and ID back about 6 weeks later, so she didnt answer me, so I asked again and when I said do you know when your have it she just said no idea, thats when I knew it was a scam she didnt care or was worried.
Created: 2014-04-22    Last updated: 2014-10-02    Views: 1014