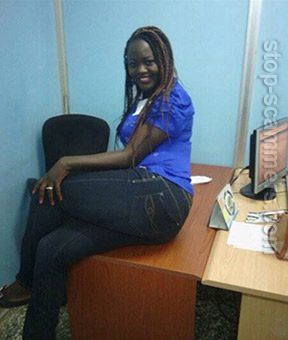 REPORT N1 (added on August, 4, 2014)
Annie (USA)
I met Doris, probably a month after I met her brother, Dibua osita onyeka, on line. She wrote me a letter accepting me to the family as he asked me to marry him. For the next almost three years, I thought we were friends,however, all Doris was doing, is being her brothers accomplice in carrying out an Elaborate and intricate scamming scheme. After almost three years, thousands of US dollars, three visas, her brother disappears and Doris went silent.
Created: 2014-08-04    Last updated: 2014-08-04    Views: 1254