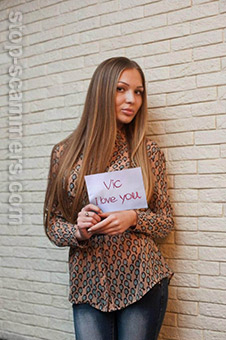 REPORT N1 (added on August, 13, 2014)
Victor (UK)
This Women contacted me totally out of the blue about 3 months ago in the middle of May claiming that she found my details on a Website Twoo which was introduced to her by a friend after leaving her boyfriend who she claimed only wanted her for her body and money.
This disgusting creature is a beautiful but very dangerous individual who does not operate alone but along with many other people some of whom I'm sure are in government jobs at many levels, either that or she works alone and is able to forge many pieces of documentation, which I don't believe.
In my case initially she claimed with most of the letters shown on the website that she was Hungarian from Budapest and visited a lot of Countries travelling in connection with her job as a sales individual associated with consulting and making contracts which in turn had to be signed by visiting the various Countries where these Clients would exist, in my vase Russia, as described on your website, where she initially gets mugged and all her belongings are stolen? and asks for money for a plane ticket home, this simply reinforces the letters shown on your website.
Then she causes an accident crossing the road local to the Airport and requires further funds which are 4500 Euros to repair the individuals vehicle involved in the accident, at this point I became very concerned at which point she sent what seemed to be real documents proving she was Hungarian, involved in a traffic accident caused by herself with what appear to be police and magistrate documents and also a letter from a consulate of Hungary in Perm stating her Hungarian citizenship and an address.
She is really quite convincing but I would advise you all not to fall for her manipulative words and claims of an age difference not concerning her??????????????